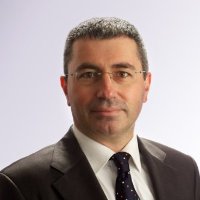 Mobily’s acting CEO Serkan Okandan has a mandate to run the company until the end of March, by which time the board and shareholders will decide the best way forward, Reuters has reported.

Okandan (pictured) took over in November last year when Khalid Omar Al Kaf was suspended following errors found in the company’s accounting, leading it to restate figures for 2013 and the first nine months of 2014.

Mobily cut its 2013 profit by $197 million and its first-half 2014 profit was reduced by around $183 million, causing Saudi Arabia’s market regulators to launch an investigation into the matter.

Okandan is also CFO of Etisalat, which owns 27.5 per cent of Mobily.

“All competitive companies focus on improving efficiencies. Mobily is and will do the same,” said Okandan.

“We are focusing on how to improve our cost structure not only by doing the same in a more efficient manner, but also being innovative. We are confident our shareholders will enjoy better results in the coming quarters,” he added.

Last month, Mobily reported a 71 per cent drop in third-quarter profit before announcing a fourth-quarter loss of SAR2.28 billion ($610 million).