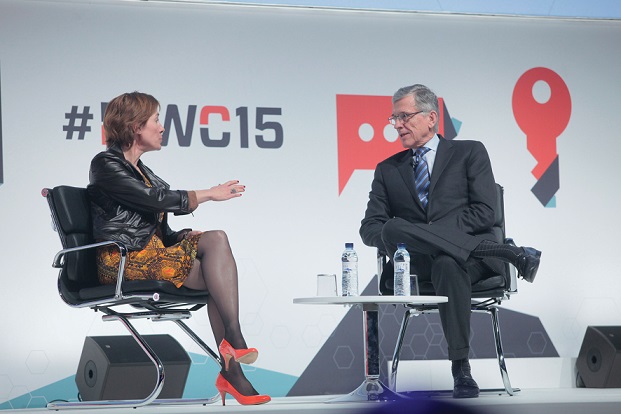 Debating with Anne Bouverot, director general of the GSMA, Wheeler said: “Those opposed to open internet rules, they like to say we used depression era regulation. But we took Title II and modernised it. We built our model on a regulatory model that has been wildly successful in the US for mobile.”

The FCC intends to reclassify broadband providers, both mobile and fixed, as common carriers under Title II of the Communications Act, a piece of legislation that dates from 1934.

Wheeler argued Title II has been modernised. “This is about as far as you can get from old school regulation.”

The FCC voted to approve net neutrality proposals just last week in a 3-2 decision, with Democrats outvoting Republican members of the commission.

The proposal called for a stricter set of rules that will treat broadband providers, including mobile operators, more like utilities.

“The basic question is if the internet is the most powerful and pervasive platform in the history of the planet, can it exist without a referee? We need a referee to say ‘wait a minute, does that make sense?’ Do we have a set of rules that says that is just and reasonable?” said Wheeler.

The two also chewed over spectrum, and the bumper $45 billion auction of radio frequencies in the US that finished a few weeks ago. Bouverot pointed out the price is high in comparison to international auctions, raising the prospect of slowing future network investment by the country’s operators.

“With this and the new rules [on net neutrality], is there a fear that the US might lose out to Asia and China?” she asked. Wheeler argued the bidders had made rational business decisions based on their likely returns.