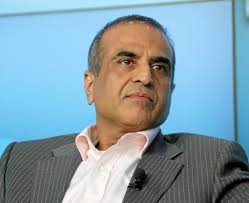 Sunil Mittal (pictured), founder and chairman of market leader Bharti Airtel, forecasts a price war for India that will reduce the number of leading operators from ten to five.

Mittal confessed to the Financial Times: “Am I scared? No. Am I concerned? Yes”, referring to the planned 2016 launch of a 4G service by Reliance Jio Infocomm, led by Mukesh Ambani.

Bharti Airtel, along with India’s other leading operators, have poured investment into their networks ahead of the newcomer’s arrival. Mittal said the market leader invested $4 billion last year in its infrastructure.

“The new competition coming now is serious competition, it’s formidable competition,” he said. “They will certainly be pricing offering. In 2002, when they came in they did the same thing,” he said, referring to past competition with Ambani.

Reliance Jio Infocomm, which will launch in April at the earliest, has invested a thumping $16 billion in building its 4G network from scratch, and is likely to enter the market with aggressive pricing.

“If Reliance was not there on the horizon the pace of our rollout would have been slower,” admitted Mittal.

Bharti Airtel’s chief forecast competition would change India into a so called “four plus one” market structure. The four main players will be the current top three, Bharti Airtel, Vodafone and IDEA Cellular, plus Reliance Jio Infocomm. In addition, state-owned BSNL would retain its position alongside the four leading privately-owned operators, predicted Mittal.