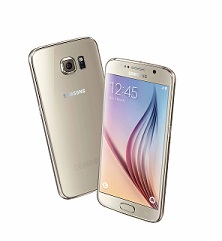 Samsung will deliver “secured mobile productivity for businesses” through a new Microsoft Office 365 and Samsung Knox Business Pack, the companies said in a statement.

Buyers of the smartphones will also be offered 100GB of additional free cloud storage for two years via Microsoft’s OneDrive service.

The extended alliance comes not long after Microsoft and Samsung ended a legal spat which included allegations of “billions of dollars” worth of missed royalty payments by Samsung, following Microsoft’s acquisition of Nokia’s Devices business – making it a direct rival to the South Korean company, albeit one with a small market share.

At the time the settlement was confirmed, no details were revealed, although it is certainly possible that a closer operating relationship between the companies was decided.

The deal makes considerable sense for Microsoft, which will be able to extend and solidify its position in the mobile enterprise apps and services market in partnership with the global devices number one.

Samsung, likewise, will improve its enterprise proposition by supporting the widely-adopted productivity technologies of Microsoft. This also gives it a significant differentiator in the competitive Android device market, especially in the lucrative premium tier.