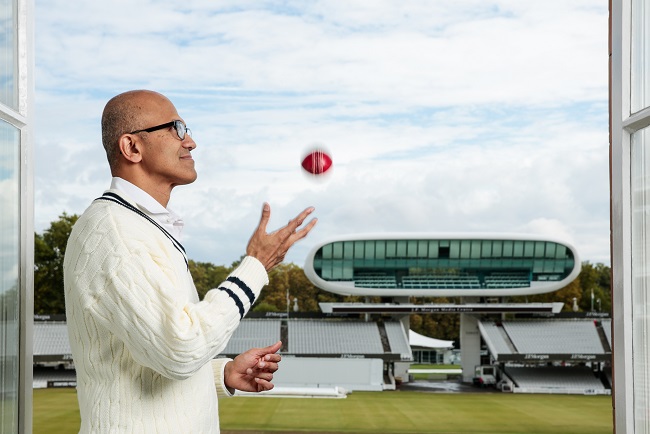 Artificial intelligence (AI), mixed reality and quantum computing are the technologies which will propel us into the future, according to Microsoft CEO Satya Nadella (pictured).

Speaking at the launch of his book Hit Refresh: The Quest to Rediscover Microsoft’s Soul and Imagine a Better Future for Everyone at Lord’s Cricket Ground late last week, Nadella said mixed reality is “the ultimate computing experience” as it brings together anologue and digital and means users will no longer need a device with a screen to interact with.

Instead the display will be all around them: “that’s the world we are heading towards”.

Nadella said AI is another key technology which will enable new services. The CEO cited Microsoft’s app Seeing AI as an example: designed for the visually impaired, the system describes people, text and objects around them with the aim of simplifying everyday tasks.

Microsoft’s chief also said computational problems which plague the world today cannot be solved with conventional computers, and this is where quantum computing comes in: “Microsoft wants to take these technologies and apply them to empower people to solve the most pressing problems,” he said.

Commenting on the unintended consequences of AI, he said there is good and bad AI and research cannot be abandoned because of fear of the latter. Rather, it needs to be approached with a set of design principles which will prevent it from doing something it is not meant to do.

An attack on Microsoft’s Tay chatbot in 2016 resulted in it posting racist remarks on Twitter. Nadella said the company learned from the episode and is today much more deliberate in the testing process. It also established an ethics committee.

Privacy and security
Speaking about privacy, Nadella said Microsoft wants to protect user data and build customer trust, but also recognises national security needs. He believes the US government needs to come up with a new framework of law and transparency “that allows us to create balance” in a new digital era where information flows freely.

He also talked up the importance of interoperability and collaboration, giving the example of a deal with Amazon where users will be able to access Microsoft’s Cortana voice assistant through Amazon’s Alexa and vice versa.

“If the web was as closed as the app stores it would be a real tragedy,” he commented.

A book to sell
In his book, Nadella talks about his childhood in India, his move to America and how he moved up the ranks at Microsoft.

He also forecasts the coming wave of technology and its potential impact on society.

“This is a book about transformation… it’s about the change coming in every life as we witness the most transformative wave of technology yet – the coming era of ubiquitous computing and ambient intelligence.”

“At the core, it’s about us humans and the unique quality we call empathy, which will become ever more valuable in a world where the torrent of technology will disrupt the status quo like never before,” he added.