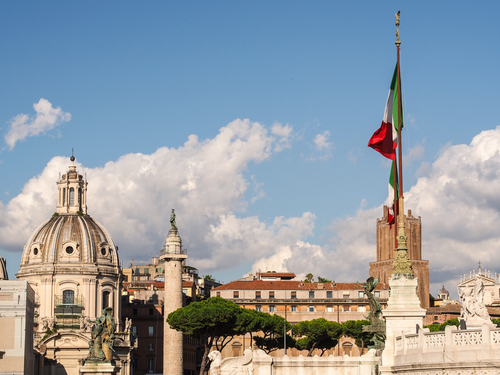 The Italian government outlined its ambitions to be a 5G leader in Europe after announcing a plan to trial pre-commercial services of the technology in five cities.

In a statement, the Ministry of Economic Development said the trial process will be centred in metropolitan areas of Milan, Prato, L’Aquila, Bari and Matera, as it called on operators to present their proposals to take part.

The tender process will be split into three parts, with the first conducted in Milan, the second in Prato and L’Aquila, and finally in Bari and Matera.

Italy’s move is in accordance with the European Commission’s (EC) Action Plan for 5G, which called on member states to identify at least one city to start 5G testing by 2018.

“We want to be in the leading group. Italy accepts the challenge and raises it,” said Antonello Giacomelli, secretary of economic development.

In something of a battle cry, Giacomelli added the trials were not only designed for operators to test the quality of infrastructure, but also for other “subjects of national and international level”, which were going to use 5G services.

“We want the areas identified to be places for testing innovative services,” he said. “The infrastructure is the enabling condition, but the real challenge is to nominate Italy to be a reference point for the creation of products and services that take advantage of 5G technology.”

Applications for the trials need to be submitted by 15 May, with the winning projects announced by 14 July. The projects will then start by the end of the year, up until 2020.