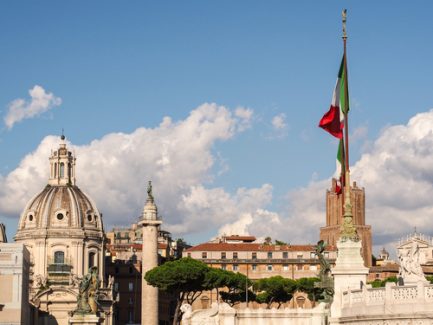 Italy raised a preliminary €2.48 billion in an auction of 5G airwaves, with five of the country’s major operators bidding for the spectrum.

In a statement, the country’s Ministry of Economic Development said Telecom Italia, Vodafone Italia, Wind Tre, newcomer Iliad and Swisscom’s Fastweb all lodged initial bids. They will be allowed to increase their offers on Thursday (13 September).

Bloomberg reported Telecom Italia was the highest bidder, offering €951 million for four blocks of spectrum, followed by Iliad (€749 million) and Vodafone Italia with a €716 million bid.

As the market new boy, Iliad was allowed to bid for a reserved package of up to three blocks in the 700MHz band, for which it agreed to pay €676.5 million. The other operators, including Iliad, submitted bids for licences in the 694MHz to 790MHz and 26.5MHz to 27.5GHz bands.

Fixed providers Linkem and Open Fiber, which had also qualified to make bids in the auction, did not submit any offers.

As well as making 5G-suitable spectrum available, the auction was also designed to create new entrants in the market focused on boosting infrastrusture.

Preliminary bids almost totalling €2.5 billion were, however, in line with projections and will come as a relief to the government following issues surrounding the build up to the auction.

In June, broadcasters launched an appeal against the auction of 700MHz, while mobile operators also threatened to boycott the process because of rigid rules and high reserve prices.

Allocation of the spectrum will not be finalised before the end of 2022.