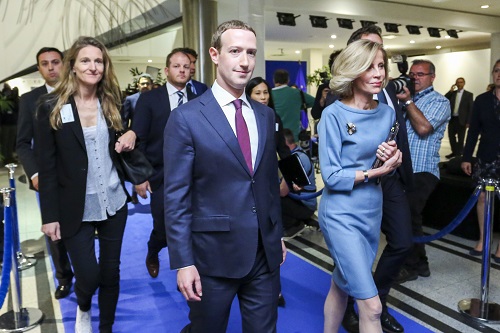 Facebook CEO Mark Zuckerberg (pictured) was accused of running the social networking giant like a dictatorship, as the company’s board faced scrutiny from investors at a shareholder meeting following a recent user data scandal.

CNBC reported the shareholder meeting was the first time Zuckerberg had taken public questions from investors, and they did not hold back.

In particular, they took major issue with the recent breach of the data of 87 million users by UK-based Cambridge Analytica, which turned a spotlight onto the social media company’s practices.

The scandal left lasting damage to Facebook’s reputation and led to a dramatic decrease in share price at the time.

Christine Jantz, chief investment officer at Facebook investor Northstar Asset Management, said in a statement: “If privacy is a right…then we contend that Facebook’s poor stewardship of user data is tantamount to a human rights violation”.

CNBC added shareholders expressed “frustration” with Zuckerberg regarding the data scandals, while stating the recent wave of unrest was not good for the company’s bottom line by leading to a drop in user numbers and, eventually, a fall in advertising revenue.

Voting power
Other issues addressed included a proposal to change to the voting structure of Facebook’s stock. Currently, voting power is retained by Zuckerberg and a small group of his closest allies, which allows them to control 70 per cent of voting power despite owning only 18 per cent of shares.

James McCritchie, an investor who submitted a proposal for a change to simple majority voting rules, said Facebook risked becoming “a corporate dictatorship” under the current structure.

The proposal was ultimately rejected, as were five others submitted by shareholders. These included a bid to create a risk oversight committee and commissioning a report on Facebook’s gender pay gap efforts.