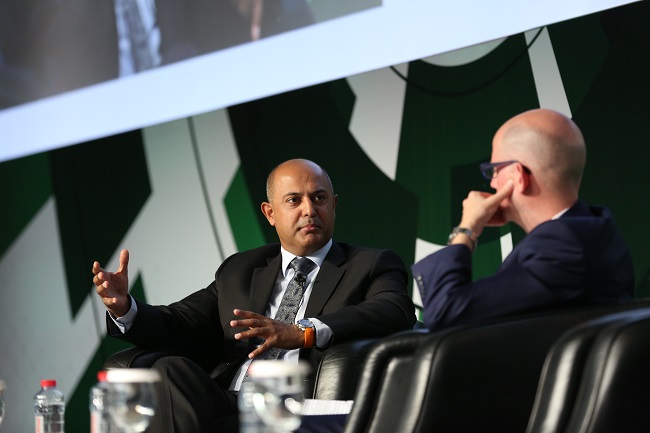 LPWA networks are designed for IoT applications with low data rates, long battery lives and that operate unattended for long periods of time. According to analyst firms Analysys Mason, Machina Research and Strategy Analytics, LPWA connections will reach 2.7 billion by 2022.

European operators such as Orange, KPN and Proximus are in the process of using LoRa (Long Range) technology for LPWA services. Meanwhile the GSMA recently launched its own Mobile IoT project,  designed to address the use of low-power solutions in licensed spectrum. And other solutions include Sigfox, Telensa and Weightless.

“If I’m a sensor manufacturer, what standards do I use?” mused Safder Nazir, Regional VP Smart Cities & IoT, Huawei. “There’s a role for regulators in this space to decide, and then we can accelerate the development of sensors.”

Session moderator Matt Hatton, CEO of Machina Research, asked Nazir if there was a concern that mobile operators could end up deploying “the IoT equivalent of WiMAX”, a technology marketed as ‘4G’ but eventually trumped by the more successful global technology LTE.

Indeed, technologies such as Wi-Fi and LPWA are battling with cellular to connect the IoT world.

“Yes that is an issue and should be settled 5 years from now when we have 5G, but we’re in a period of turbulence. It requires close collaboration between operators and regulators to drive standardisation forward and settle on the rules of the game. The more specific it becomes the easier it becomes for people to understand.”

Nazir also urged the industry not to get carried away by IoT hype. “Just because we can connect everything doesn’t mean we should. It should be about the internet of value.”

“For operators, be careful you don’t become Uberised,” he added.