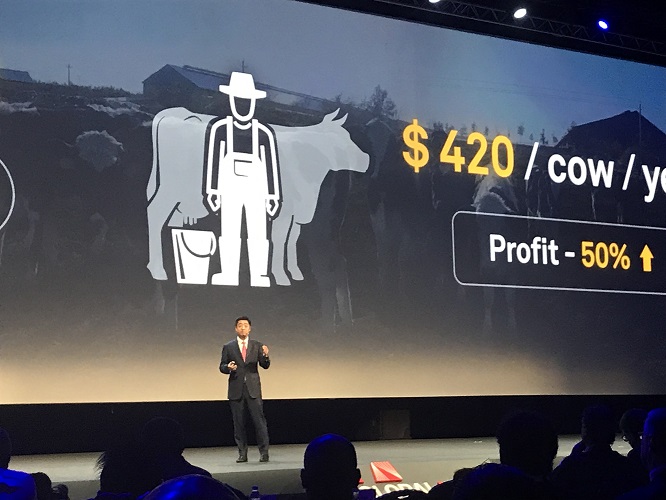 LIVE FROM HUAWEI’S GLOBAL MOBILE BROADBAND FORUM 2017, LONDON: Ken Hu, deputy chairman and rotating CEO at Huawei (pictured), kicked off the event by noting while the evolution of the industry means “opportunities are everywhere”, networks need to be ready to support this.

“Future networks should be application-centric, data-driven, and eventually, it should be an intelligent system,” Hu said.

The executive said while networks will be expected to support a range of use cases, in terms of operations and management there has been little in the way of change.

“We think that intelligent network points to an important direction for the telecoms industry, and it is a solution to the paradox in the current telco industry,” Hu said in a media briefing.

“It’s the need for networks to support more-and-more diverse and complicated applications, and at the same time the technology of networks becoming more advanced and complicated. However, for the past few decades the operations and maintenance (O&M) model of telco operators has remained unchanged – you still need human intervention,” he said.

Huawei said, on average, network O&M costs roughly three- to four-times the cost of equipment itself, And 70 per cent of major network faults are the result of human error.

The use of big data and AI will enable operators to build networks which can be controlled and managed more intelligently: “From operations and maintenance to service provisioning, we want to build networks that are automated, self-optimising, and self-healing. Full autonomy is what we’re aiming for,” Hu observed.

Huawei is developing predictive maintenance systems for network sites. Hu said with operational data and artificial intelligence (AI), it is possible to predict up to half of network faults, helping customers reduce failure rates.

IoT opportunities
Hu proposed a two-step strategy for operators looking to exploit opportunities in IoT: “scale out and scale up”.

“We can scale out in the traditional sense. Deploy more connections and make more revenue, and then when we’ve got everything connected, we will have big room to develop value-added services. That’s scale up.”

Citing the example of a water meter deployment in China, it was noted the telco works with the authority and application developers to support additional capabilities, such as connection management, leak detection, analysis of consumption and predictive maintenance.

“Those value added services helped the telco to double the revenue,” Hu said.

“Scale out is the low hanging fruit, however scale up is more tasty. But it’s not easy. In order to scale up, telcos have to be able to better understand the verticals, get more familiar with the scenarios of IoT in different sectors. And particularly, we need to get a very strong partnership with application developers.”