Huawei to take $30B hit from US restrictions - Mobile World Live

Huawei to take $30B hit from US restrictions - Mobile World Live

Huawei to take $30B hit from US restrictions 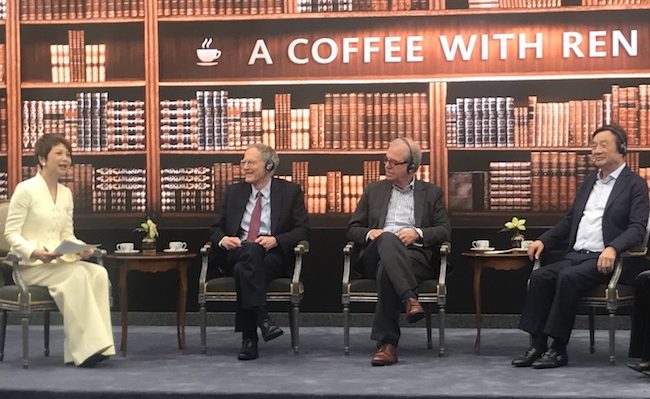 Huawei founder and CEO Ren Zhengfei (pictured, far right) cautioned various US restrictions will take $30 billion off its top-line over the next two years, with revenue expected to decline to about $100 billion this year.

“By 2020 we will start to regain our growth momentum. We will do a lot of switching over and will take time to ramp up, but after that we will be stronger,” he said.

The company generated revenue of CNY721 billion ($104 billion) in 2018 and originally predicted this would increase by between 15 per cent and 25 per cent this year. But it is now feeling the impact of the US putting it on a trade blacklist, predicting revenue would remain flat in 2020.

Despite the decline, Ren insisted the company will not reduce its R&D investment, with plans to “reinvent ourselves”.

He also confirmed international smartphone sales have dropped 40 per cent since the US ban was announced and could result in a fall this year of 40 million to 60 million units, but noted shipments in China remain strong.

Ren, speaking at a panel discussion at its headquarters in Shenzhen, believes the extreme and wide-ranging measures taken by the US are politically motivated.

Acknowledging some companies will be cautious about working with Huawei, Ren said there is no way “we can be beaten to death”, noting this is not the worst circumstance Huawei has faced: “When we were founded, times were much more difficult.”

He also addressed some US universities’ decision to sever R&D ties with Huawei, noting there are many other institutions globally it can work with.

Need for openness
Ren argued the world needs to work toward open cooperation: “it’s a fundamental issue and the only path forward”.

Nicholas Negroponte, founder of MIT Media Lab, (pictured, second from right) called the current situation Huawei’s Sputnik moment. Japanese companies faced a similar backlash from the US in the 1980s, he noted. “If we go in different directions, it will be a terrible shame.”

Venture capital and futurist George Gilder (pictured, second from left), said the US will feel the brunt of any decoupling between technology camps.

Ren said the US and China would both suffer from decoupling and no one would win.

Gilder warned the US is making a terrible mistake and must come to terms with Huawei, which he argued is probably best situated to address a “catastrophically insecure internet architecture”.

Ren added it earmarked $150 billion to reshape the network architecture to make it more robust.

Asked about the potential to use its IP as a weapon, he said since it put in hard work to develop patents it makes sense to secure cross-licensing deals, but “we won’t be as aggressive as Qualcomm”.

Negroponte said the attack on Huawei clearly isn’t about national security, given US President Donald Trump said he would reconsider the sanctions if it can work out a trade deal with China.

“We don’t trade national security. It’s about something else. This trade war has got to end, and I believe it will end sooner, rather than later.”