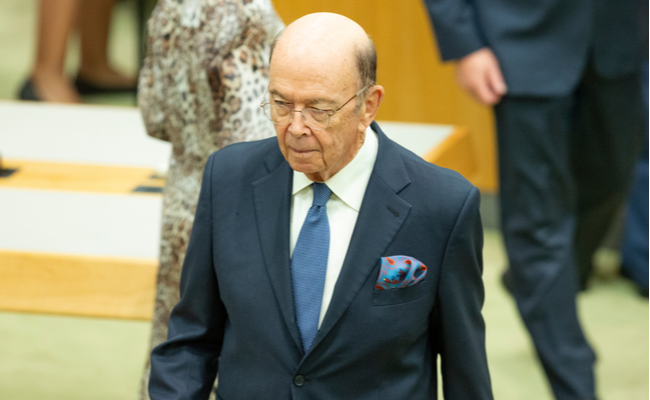 The US government received 260 applications from companies looking to do business with Chinese vendor Huawei, commerce secretary Wilbur Ross (pictured) told Bloomberg, reiterating it would soon issue the first approvals.

In an interview, Ross admitted the government was surprised by the number of requests and planned to “approve quite a few of them”, with licences “forthcoming very shortly”.

Huawei was placed on a US trade blacklist in May, preventing it from sourcing software and components from US companies. However, President Donald Trump later said the country would ease restrictions by issuing special permits covering goods not considered to pose a national security risk.

In August, Reuters reported the government had received 130 applications for such licences. In October, the news agency stated the first licences would be issued “soon”, citing an article in The New York Times.

Huawei has been able to continue doing business with US businesses through a special temporary licence, which initially ran for 90 days following the ban, but was later extended. It is due to expire on 19 November.

Trade dispute
The vendor has been caught up in a wider trade war between the US and China.

In the Bloomberg interview, Ross also indicated a trade deal between the two countries could be signed this month.

“We are in a good shape, we are making progress,” he said.