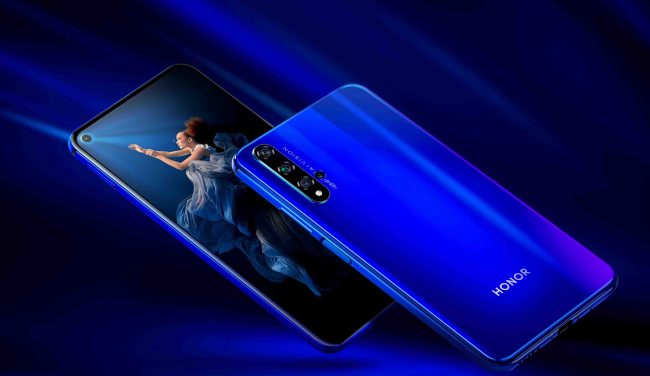 Huawei sub-brand Honor pressed ahead with its new flagship smartphone launch without a mention of Google or Android, as the tech giant’s move to limit the Chinese vendor’s use of its operating system and services cast a cloud over the unveiling.

During a presentation at an event in London lasting more than an hour, Honor president George Zhao steered clear of any mention of the Android operating system, which was being used as he showed off the latest Honor Series 20 line, consisting of three new devices.

Huawei uses Android in its devices, however Google suspended access to updates of its Android operating system on new Huawei devices this week to comply with a US government export ban against the Chinese company.

In the most recent developments, the US government eased its export ban, allowing companies to continue doing business with the vendor for 90 days.

News of Google’s ban was unfortunate timing for Huawei, breaking just two days before it was due to launch its latest Honor smartphone line.

And there was added focus on today’s Honor event for a reaction from Huawei and its plans for its devices, should the ban be upheld.

However, the focus for the event was purely on the new smartphones.

Honor Series 20
The one G-word Zhao did use repeatedly during his presentation was not Google, but “grow”. He said the company had gone from strength-to-strength since its launch five years ago, and pledged to “honour” this trend.

Out of the three devices, the high-end Honor 20 Pro will likely capture the most attention. Priced at a punchy €599, it offers 8GB of RAM and is available with 256GB storage. The device has a 6.26-inch all view display; a “dynamic holographic design”; a four-sided 3D-curved glass back; and is powered by the company’s 7nm Kirin 980 chipset.

In addition to Google, both Qualcomm and Intel announced they would also suspend working with Huawei, but notably the vendor develops its own mobile chipsets with Kirin.

With no mention of the operating system, Zhao used much of the presentation to talk up the series’ camera capabilities.

Honor 20 Pro and Honor 20 pack a quad-camera system, with a 48MP main camera; 16MP wide-angle lens; MP macro camera; and an 8MP telephoto capability. During the presentation, the company was keen to show off the system’s capabilities, holding live demos comparing zoom quality and low light capabilities compared with the iPhone XS Max and the Samsung Galaxy S10.

As part of the company’s aim at youth customers, it also unveiled a number of new brand ambassadors to help grow its proposition, including Tottenham Hotspur and England footballer Dele Alli.