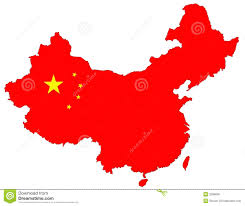 Three smartphone makers – Hon Hai (Foxconn), Lenovo and Xiaomi – reportedly will be granted licences to operate as MVNOs in China.

White-goods producer Haier and Hainan Airlines also are on the list of potential MVNOs.

According to media sources in China and Taiwan, because Hon Hai is a Taiwanese company it is required to have a local partner, which has not been made public.

The move comes six months after the Industry and Information Technology Ministry (MIIT) first granted licences to 19 private firms in December and January and is part of its efforts to restructure the industry to create more competition and innovation.

MIIT issued guidelines a year ago in June to open up the telecoms sector to private capital, with the long-term goal of giving consumers more choice and better service.

The new MVNOs certainly face a challenge as wholesale charges have remained stable while the big three operators have cut their rates. The Economic Observer reported that retail prices continue to sink lower than wholesale costs.

Hon Hai has a 15 per cent stake in the new Taiwan mobile operator, which announced plans earlier this month to speed up the build out of its 4G network and push forward the launch of services from Q1 next year to the end of the year.