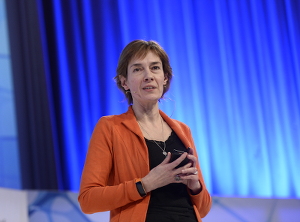 With the need for Europe to catch up with the US and Asia in providing faster connection speeds, Anne Bouverot, the director general of the GSMA, said the organisation is asking competition authorities “to more readily consider the advantages of mobile mergers and in particular the long-term benefits they can deliver to consumers”.

According to the GSMA, regulators involved in recent mergers in Austria, Germany and Ireland tended to focus on short-term pricing implications of these deals rather than efficiency and investment benefits that enable innovation and build customer confidence in mobile services.

The report found that mergers help increase investment and the quality of service offered by operators. Bearing this in mind, competition authorities should consider placing a greater focus on how mergers could change the ability and incentive of operators to invest, according to the GSMA.

Investment incentives resulting from a merger include a larger customer base creating economies of scale, and greater spectrum holdings increasing the ability to differentiate from competitors.

The report also suggested that the impact of mergers on prices has been overstated, with no “robust evidence” that markets with four players have lower prices then three-player markets.

“We believe a three-player market is very reasonable and enables more investment,” Bouverot noted when speaking at the GSMA’s Mobile 360 Europe event in Brussels.
In addition, mergers can accelerate the transition between technology cycles, which can lead to reductions in prices and improvements to quality and service innovation.

The report also warned that remedies suggested by competition authorities for mergers to gain approval can actually undermine the benefits.

For example, providing network access to third parties could reduce incentives to invest as a result of the merger. In addition, reallocation of network assets of reserving spectrum for other operators means the resources aren’t available to the merged business.

“In a fast-evolving communications landscape, with accelerating data consumption and new Internet-based competition, the EU must ensure that mobile markets can restructure and move quickly to realise the advantages of moving from one technology cycle to the next,” Bouverot concluded.