GSMA estimates mmWave worth at $565B - Mobile World Live

GSMA estimates mmWave worth at $565B - Mobile World Live

GSMA estimates mmWave worth at $565B 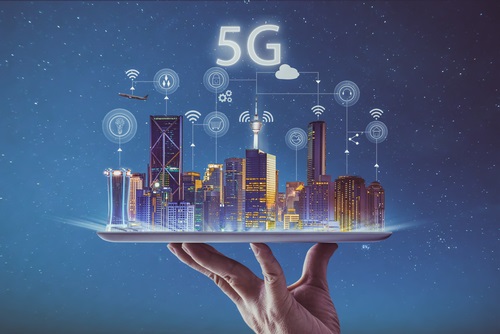 The mobile industry could add $565 billion to global GDP between 2020 and 2034 if governments provide necessary support to unlock mmWave spectrum for 5G services, the GSMA said.

In a new report, the Association said the industry has the potential to deliver 5G services across different industry sectors, improving access to healthcare; education; and mobility, resulting in the addition of $565 billion to GDP and $152 billion in tax revenue over the 15-year forecast period.

However, these results will rely heavily on government support to identify and harmonise sufficient mmWave spectrum for the industry, particularly at the next ITU World Radiocommunication Conference (WRC-19) scheduled to be held in 2019.

The report noted that new mmWave bands for mobile are set to be discussed at WRC-19, and the GSMA recommends supporting the 26GHz, 40GHz and 66GHz to 71GHz bands. It noted 28GHz was also emerging as an important mmWave band outside the WRC-19 process.

“Global harmonisation of these bands at WRC-19 will create the greatest economies of scale and make broadband more affordable across the world,” it stated in the report.

The GSMA added that mmWave will carry the highest capacity 5G services, with “ideal characteristics” to support very high data transfer rates and ultra-reliable low latency capabilities, delivering new use cases and the benefits of 5G to businesses and consumers.

These innovations include enhanced remote healthcare and education, industrial automation, and virtual and augmented reality.

Regional leaders
Breaking down the $565 billion figure, the GSMA said a 5G lead was being established in the Asia-Pacific and Americas regions, which are expected to generate the greatest share of GDP attributed to mmWave 5G, at $212 billion and $190 billion respectively.

Europe is also forecast to benefit greatly, with the highest percentage of GDP growth attributed to mmWave of any region, at 2.9 per cent.

Other regions, which are not projected to be 5G leaders, will also enjoy the fruits of mmWave.

The GSMA said Sub-Saharan Africa, central Asia, Latin America and Caribbean could see growth in GDP contributions from mmWave 5G applications of more than 65 per cent per year from 2026 until 2034.

Brett Tarnutzer, head of spectrum at the GSMA, said it was critical for governments to recognise the importance of the mmWave aspects of 5G at the upcoming WRC-19.

“Making the right decisions now on spectrum will be vital to stimulating the rapid growth of economies, especially in developing markets, in the coming decades,” he said.