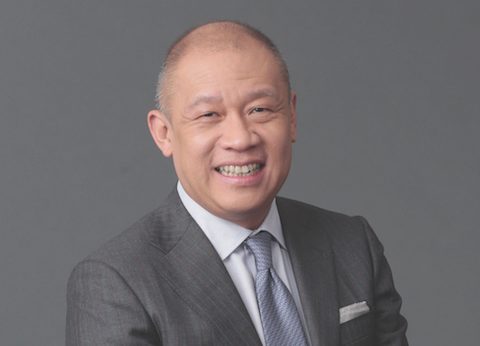 Globe Telecom CEO Ernest Cu (pictured) is not concerned about the prospect of a third player entering the mature Philippine market, which is dominated by two players and counts more than 122 million SIMs compared with a population of just over 100 million.

“If we can compete against an incumbent with an existing network and much more cash than a startup, we can compete with an upstart,” Cu insisted. “Our focus is not on them, but on us. We feel our network is where we want it to be, but we need to continue to improve, build out and optimise.”

In an exclusive interview with Mobile World Live, Cu said if the government feels a third player is needed to bring improvement “then so be it”.

“I certainly don’t think so, given that it’s late in the game, you have two very strong telcos and it’s a mature market. The difficulty of deploying in this country has been well documented. There are natural barriers to entry, but if someone wants to deploy a huge amount of capital, we’ll be ready. Although I must say, the track record of late entrants in mature markets has not been good.”

Globe was prepared for the entry of San Miguel last year before its foreign partner backed out, he said, adding the role of management is to be ready for whatever type of competition may emerge.

Now on top
Globe, long the second largest mobile operator in the country, pushed ahead of PLDT’s mobile unit Smart in Q4, adding more than ten million subscribers through 2016. Its market share increased from 39 per cent in Q4 2015 to 52 per cent by end-2016.

The National Telecommunications Commission (NTC) announced plans in November to sell unused and unassigned spectrum by the middle of this year in an auction open only to new mobile players. Five companies reportedly have expressed interest in participating in the auction for a third spectrum licence.

Cu credited Globe’s market share gains to a number of steps, the most significant of which was a network transformation programme started in 2010. “That prepared us for the migration to smartphones and data,” he said.

Other measures included working to shift the internal culture to have a customer centric view, improving the customer experience at its retail stores and partnering with big-name content providers to give customers a broad lineup of content.

On the retail front, Cu said Globe invested heavily to upgrade its flagship stores (see photo below), and pushed itself as a digital lifestyle purveyor. “It’s much less about the handsets and connectivity and more about what you can do with both of those.” 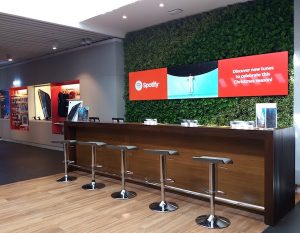 For the last two years Globe concentrated on driving the top line and market share, but Cu said it is now more focused on improving efficiencies, cutting costs and maintaining margins.

He acknowledged operators in the Philippines haven’t seen industry growth for a few years. “The market has been shrinking 1 to 2 per cent a year, but we have continued to grow through market share gains.” However, its mobile revenue growth last year was one of its slowest mainly due to a data price war with Smart.

Beyond wireless, he said with the rise of the connected home and consumers demanding more capacity and fast speeds, it committed last year to replacing copper lines with fibre and set a goal of reaching two million homes by 2020 with speeds of at least 10Mb/s. It is also investing $500 million in a multi-year programme to upgrade the fixed-line infrastructure to support fast-growing enterprises.

Cu noted the Philippines not only counts more than 7,000 islands, it is also a very mountainous country. Getting fibre across mountain ranges and islands to reach the cell sites and bring data back to the core is always challenging, he said.

“This is why we are advocating the government to help telcos by building some of the ‘missionary routes’, which don’t have a business case for a telco to reach areas where the population is low and incomes are low. They [government] have a very different case than we do. We have a case built on business and returns, and they have a case built on development, education, financial inclusion and so on.”

Globe is seeing some signs the government is listening, and the department of ICT said its priority this year is to build those missionary routes with telcos.