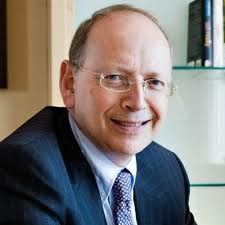 Ben Verwaayen (pictured), former chief executive of BT and Alcatel-Lucent, is reportedly looking to raise €200 million to invest in “early-stage technology groups” that have already launched but need help to expand, according to the Financial Times (FT).

The money-raising is being done via Keen Ventures, a London-based fund management group co-founded by Verwaayen, his son Robert, and Alexander Ribbink, the former COO of TomTom, the Dutch satellite navigation company.

FT reports that Keen Ventures intends to back companies in European and North American “technology clusters”, with a particular focus on fostering transatlantic growth.

He said that the group would not just provide funding, but access to a network of talent and experience.

The aim, however, is not to expand European start-ups only for them to be sold to American firms. “If the fund did well but all the companies were simply bought by US groups, then I would see it as a failure,” he said.

Verwaayen is not the only former CEO of a major European telco to resurface in the venture capital space. In February this year, Warburg Pincus, a New York-based private equity firm, announced the appointment of Rene Obermann as managing director and partner.

Obermann, a former CEO of Deutsche Telekom, is focusing on the identification and evaluation of new investments in the TMT (telecoms, media and technology) sector globally, as well as representing Warburg Pincus in Germany.