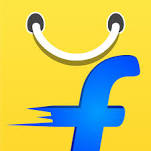 Flipkart issued a statement saying Airtel’s recently launched service, which enables firms to subsidise users’ data charges to promote their apps and content, did not fit with its own values.

“After reviewing implications of zero rating deeply, we reached the conclusion that it doesn’t meet our standards of net neutrality and violates the principles that we stand for,” Flipkart said a statement.

As a result, the online retailer said it will walk away from its discussions with Airtel about its sponsored data scheme. Instead, it will commit itself to “the larger cause of net neutrality in India”.

In a similar vein, the company continued: “We will be working towards ensuring that the spirit of net neutrality is upheld and applied equally to all companies in India irrespective of the size or the service being offered and there is absolutely no discrimination whatsoever.”

Certainly the e-commerce firm’s decision follows a lively debate in India in which Flipkart was forced to defend working with Airtel in the face of criticism and consumer backlash, a likely factor in any decision.

For its part, Airtel insisted its service is open to all, regardless of size. It claimed last week to have been misunderstood: “In the end, the debate over the past few days has brought out one thing clearly – a large number of people are still not clear on what Net Neutrality is all about. This gives an opportunity to the so called experts to make various as well as baseless arguments.”

The operator called for “a more informed and nuanced debate”.

Airtel said it had received a lot interest in its new service – mentioning “over 150 start-ups” – but Flipkart was the most high-profile joiner to date. It is unclear whether others will now show their faces following the current controversy.