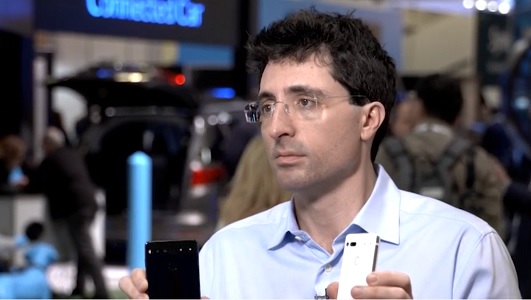 EXCLUSIVE INTERVIEW: Smartphone startup Essential is attempting to steal a march on Apple and Samsung by pushing new technology, but acknowledged the company will be “nowhere near” the volumes of its rivals in the short term.

“We feel that choice in the marketplace has decreased at the same time as Apple and Samsung profits have skyrocketed to be the most profitable companies of all time…and that’s not good for consumers,” president Niccolo de Masi told Mobile World Live.

According to recent reports citing figures from BayStreet Research, Essential shifted 5,000 devices through operator Sprint following its launch in early September. While the device has piqued industry interest, it faces tough competition from iPhone and Galaxy devices in the US consumer market, both of which are established brands and product propositions.

However, de Masi noted Apple successfully challenged the status quo in 2007 when it launched its first iPhone by introducing innovative technologies like touchscreens.

De Masi believes the lesson remains as relevant today as Essential seeks to challenge the smartphone market’s new kings, particularly as it takes “many years” to build a supply chain capable of delivering the volumes of Apple and Samsung.

Referencing the hundreds of millions of device shipped every year by the industry’s biggest players, de Masi reflected further on how the mobile device market has a history of being shaken up: “I can probably make one per cent of those in my first year, similar to the first iPhone that Steve Jobs announced. In those days, Nokia was shipping 100 million phones a quarter. BlackBerry was, you know, king of the world…But what happened there was that while BlackBerry and Nokia were maximising profitability, new innovation came along and stole the strategic lead.”

In the interview de Masi touted its 360-degree camera module and discussed the vendor’s work in manufacturing titanium ceramic devices: “Our brand is really about showcasing the latest cutting-edge innovation every year we bring a product out. I’m not just saying that we’re going to bring a brand new phone out every year. What I am saying is that whenever we bring a product out…we promise to use the cutting-edge supply chain techniques to make sure that launches are the start of an S-curve, not at the end or the profit maximising part of the S-curve.”

“We’re stealing a lead on where we think craftsmanship will be in two or three years’ time.”

Third way
De Masi said he is “proud of the fact that we are being spoken of as the third choice in the marketplace” after Apple and Samsung.

Click below to watch our interview with Niccolo de Masi, which also contains details on Essential’s plans to be a major player in the artificial intelligence and smart home markets.