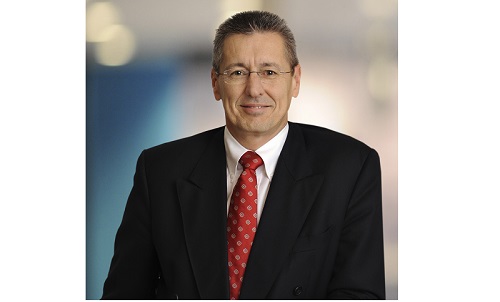 In a statement, the troubled Sweden-based vendor said its nomination committee had proposed Leten’s appointment ahead of the company’s 2018 annual general meeting (AGM), and the plan will now face shareholder approval.

The AGM will take place on 28 March next year.

Leten stepped down from his post as president and CEO of Atlas Copco earlier this year following eight years in the role. He is currently a board member at SKF and the chairman of home appliance maker Electrolux.

However, it was announced today he will leave the latter position.

“Leten is a very skilled businessmen, technically savvy and strategically versatile,” Forssell said: “Furthermore, he has significant experience from digitisation of major operations, which will be beneficial for Ericsson’s focussed work together with its customers.”

The change in chairman comes after Johansson, who was appointed in 2011, said earlier this year he planned to jump ship before the company’s 2018 AGM.

He said he decided not to seek re-election as the company enters a “new phase”, allowing for the election of a new chairman, as Ericsson acts to execute a new strategy focussed on its core markets.

Ericsson hopes the new strategy can lead it back to profitability, after recent turbulent times.

The company is looking to renew its focus on selling infrastructure to operators, after recent ambitions to expand in the media, utilities and transport sectors. It also faced increasing competition from Huawei and Nokia.

In addition to Leten, Ericsson’s nomination committee proposed Kurt Jofs as a new member of the board. Jofs headed Ericsson’s networks business between 2003-2008.

If approved, he will replace Kristin Skogen Lund who said she would not be available for re-election.