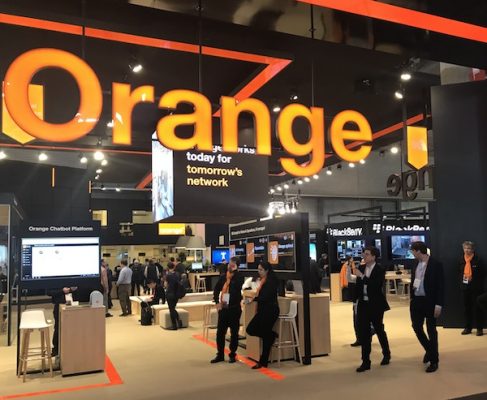 LIVE FROM TM FORUM DIGITAL TRANSFORMATION WORLD, NICE, FRANCE: While Orange has a history of nurturing start-ups within its accelerator programmes to help drive innovation, the adoption of a start-up culture within the company itself is a clear sign of growing maturity, Nicolas Bry, CIO of Orange Valley and COO of Orange Startups Studio, believes.

Bry told Mobile World Live Orange has implemented a hybrid approach to innovation by supporting both external and internal start-ups, which means it encourages its own employees to pitch ideas and take them to the next stage.

Once employees have made a successful product pitch, they are fully allocated to the innovation project, meaning their managers have no choice but to let them go. Bry believes this a fairly radical approach for an operator and one which also requires a complete change of mindset.

“We believe if you want to succeed you have to be like a start-up,” said Bry, who is hoping to hear more about how operators are dealing with what he described as “unplanned innovation” at the TM Forum event.

He pointed to other, similar, examples at companies including Deutsche Telekom (DT), which introduced the UQBATE initiative to encourage employees to establish start-ups. Unlike Orange, however, DT’s approach is to encourage staff to start external businesses with which it can eventually collaborate, rather than remaining within the company itself.

Cooperation
Bry said Orange started its internal start-up programme around two years ago, but stressed that the support of external start-ups and a collaborative approach remain just as important for the group. The Orange Fab international accelerator network for start-ups is now active in 14 countries, while Orange Digital Ventures is an early-stage fund focused on FinTech, enterprise cloud and data, and IoT start-ups.

Furthermore, the group has established Imagine with Orange as a crowdsourcing platform for new and innovative ideas, and a launch pad for entrepreneurs.

Bry described Orange’s approach as a “progressive change of mindset”, where a company has a planned roadmap, but also the space to welcome and implement unexpected ideas.

At the same time, it is important to bear in mind that every new solution has to have a purpose: “What is innovation? An invention with a business model,” he said.