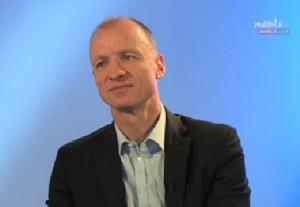 UK mobile market leader EE is reportedly mulling the introduction of technology which will enable users to control the advertising they see, amid concerns over increasingly intrusive practices.

Talking to The Telegraph, CEO Olaf Swantee (pictured) revealed the company has launched a “strategic review” to decide whether it should help its 27 million customers restrict the quantity and type of advertising received on their smartphones.

According to the publication, such a clampdown would cause major upheaval in the mobile advertising market, which is worth approximately £2 billion.

Swantee revealed the review will look at tools for subscribers that allow them to block forms of advertising on mobile browsing and within apps, such as pop up banners or videos that play automatically.

This could also be extended to allow customers to control the amount of advertising they receive.

“We think its important that, over time, customers start to be offered more choice and control over the level and intensity of ads on mobile,” he said. “For EE, this is not about ad blocking, but about starting an important debate around customer choice, controls and the level of ads customers receive.”

Ads can “drive people crazy”
EE’s move follows a Financial Times report earlier this year, which suggested that several European mobile operators planned to block advertising on their networks, thus setting up a fight with internet firms, including Google.

Since then, an advertisement was taken out in the same publication by Shine Technologies, an Israeli ad blocking firm, which called on operators to ensure subscribers do not subsidise mobile advertising by paying for the data used.

Shine’s technology is designed to enable operators to block display and video adverts in both mobile browsers and apps, at network level.

Digicel claimed to be the first operator to deploy the solutions last month, initially in Jamaica, hoping the move will lead to revenue sharing with internet giants in exchange for allowing traffic to go through.

While Swantee stressed EE’s move is not seeking a blanket ban on all mobile advertising like Digicel, it could have a massive impact on the digital advertising industry, which is already battling with an increasing level of blocking by consumers who are downloading software to counter the problem.

“Advertising, when done well, can be a valued part of the experience,” added Swantee. “Not all ads are bad. When a business gets it right, it’s appreciated and sparks a connection. But when it’s intrusive or crass it can drive people crazy.”