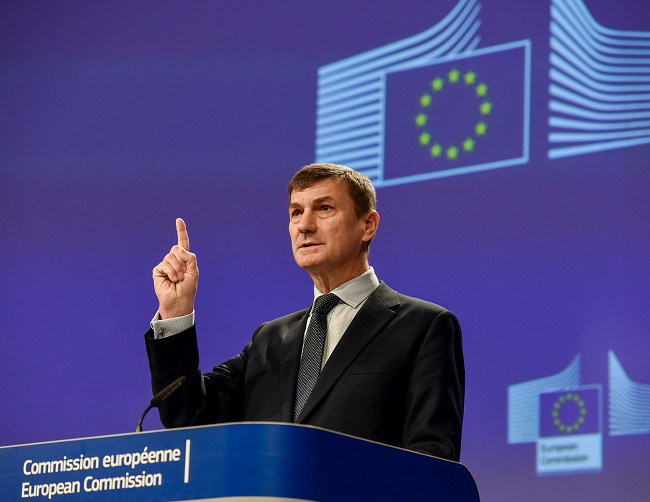 Andrus Ansip, the European Commission’s (EC) VP for the Digital Single Market, urged EU lawmakers and member states to compromise on a crucial barrier to the Commission’s plan to abolish roaming rates, warning a failure to do so could bring the regulator’s credibility into question.

The European Parliament and member states are set to meet today to hold possibly the final round of talks to decide on caps for the wholesale roaming charges operators pay each other when consumers use services abroad.

However, the issue risks derailing the entire proposal – which would allow consumers to use their phones abroad without paying extra – with both sides far apart on where the wholesale caps for data should be set.

The European Parliament is pushing for an initial cap of €4 per GB, while member states want it set at €8.50 per GB.

In a letter cited by Reuters, Ansip (pictured) urged the two sides to show “significant flexibility” over the issue.

“If no political compromise can be achieved by next Tuesday [31 January 2017], people will rightly question our common will and ability to deliver on our promise to them. That is a risk we should not run,” he said.

Ansip’s comments come after EU member states approved an EC mobile roaming fair use policy last month, leaving only the issue of wholesale roaming charges to be resolved before legislation can be passed to end consumer surcharges.

The EC proposed a deadline of June 2017 to abolish consumer roaming charges.