Deutsche Telekom boss takes another swipe at US internet giants 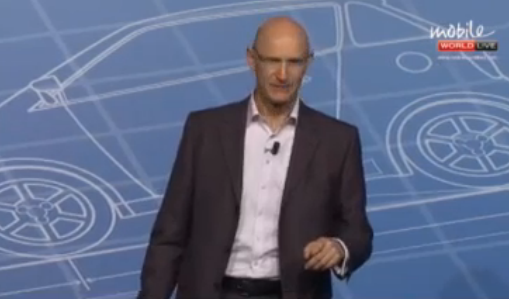 Deutsche Telekom (DT) chief executive Timotheus Hoettges (pictured) complained that US internet firms are getting a far too easy ride in Europe, and called on competition authorities to take a tougher approach.

Speaking at the International Conference on Competition in Berlin, a bi-annual event arranged by Germany’s competition authority, Hoettges – as reported by The Wall Street Journal (WSJ) – accused the likes of Amazon, Apple and Facebook of competing unfairly with local firms by monopolising customers’ data and operating “closed systems”.

Mathias Doepfner, chief executive of publishing giant Axel Springer, also used the event to criticise regulators of “double standards” in approving mergers for internet firms that would never be allowed in other sectors. He cited Facebook’s acquisition of WhatsApp to create “an entire social media and mobile service monopoly”.

Hoettges’ jibes are not new. Since taking the DT helm, he has often berated regulators for allowing what he sees as an un-level playing to exist between internet players on the one side and network operators on the other.

In his keynote presentation at this year’s Mobile World Congress, Hoettges harrumphed that Facebook was a communication service, yet not regulated as one. He argued there was a “clash of business models” between network operators and internet firms, and that network players were left holding the short straw.

“We are an asset-heavy industry, where everything is interoperable and open,” he said, pointing out that interoperability even extended to “closed networks”, such as Google and Facebook. He ruefully added that internet giants were asset light and could offer services for free. “How can you compete with a voice, SMS or video service which costs nothing?” asked the DT chief.

There are signs, however, that regulators in Europe are looking to redress imbalances. Earlier this week, Andrus Ansip, European Commission’s vice-president for the digital single market, indicated that as part of the commission’s proposals for a single digital market for EU member states – which are scheduled for publication in May – a review would be undertaken of existing EU telecom and media rules “to encourage investment in infrastructure”.

The rules should be made “fit for new challenges,” particularly with regard to “the increasing number of voice calls made over the Internet and new players in the field,” the commission said in a written statement.

In a news conference, Ansip, quoted by WSJ, said “everybody knows today that with telecom service providers and OTT [players], there are unbalanced relations and we have to find a better balance”. Financing of broadband networks, he added, was “crucial”.