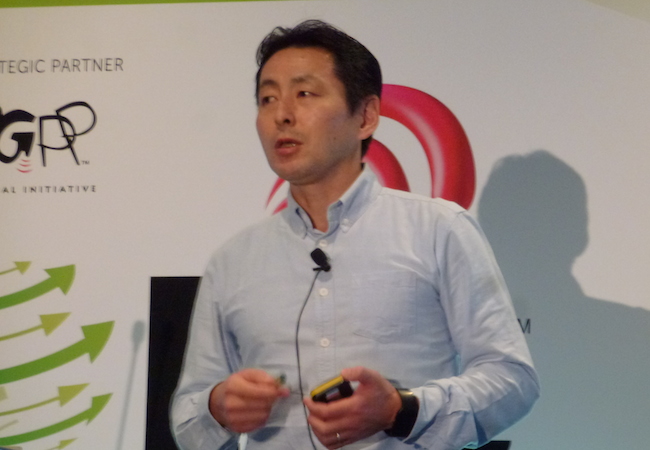 Takehiro Nakamura (pictured), VP and MD of the operator’s 5G lab, said in his keynote this morning that some people have misunderstood and think it will deploy 5G systems just for the Olympics.

“This is totally wrong. In the 2020s LTE-Advanced likely won’t be able to provide the capacity and data rates for the growing customer requirements, so we need to start our 5G systems for the 2020s,” he explained. “That’s why we are starting now for a system for the 2020s.”

He said that historically Docomo has started to work on a new network technology every 10 years.

He didn’t provide details on the planned geographic coverage in 2020. And rather than review its 5G timeframe, which he outlined in July at LTE World Summit, he talked up some its 5G partnerships.

It is cooperating with eight major network equipment vendors as well as the top chip and test and measurement firms. It has ongoing 5G trials with Fujitsu on the 4.65GHz band, Huawei on the 6GHz band and Ericsson on the 15GHz band. It will also work with Nokia Networks on beamforming technology.

The global spectrum allocation plan for 5G, especially for millimeter wave, is still unclear, Nakamura said. With the harmonisation of high-spectrum bands not expected until after WC-19, “if we can’t find enough available spectrum, we will consider using unlicensed spectrum”.

Each country and region, he noted, will have vastly different 5G launch plans, as has been the case with 4G.