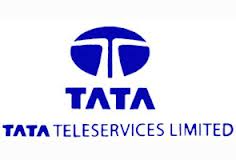 NTT Docomo is digging in over the sale of its 26.5 per cent stake in struggling Indian operator Tata Teleservices, according to Economic Times.

Docomo says Indian partner Tata Sons should pay for the stake as agreed in a shareholders pact. The stake is worth at least $1.1 billion.

“We think it is possible for Tata Sons to fulfil its obligations based on the shareholders agreement, and we will continue to say so in the London arbitration process,” said Docomo.

The Japanese operator filed an arbitration request with a London court in January 2015. The next hearing is scheduled for November or December this year.

Tata Sons complained that it is caught between a rock and a hard place. The reason is last month’s ruling by the Reserve Bank of India (RBI) that rejected Tata Sons’ request to pay more than the current fair value of Tata Teleservices’ shares.

A ruling passed last year insisted that foreign investors should not sell stakes in Indian firms at pre-determined prices. Tata had applied for an exemption from the ruling but the RBI was not willing to play ball. Neither, it appears, is Docomo, judging by the tone of its response.

Under the agreement between the two companies, which was signed in 2008-09, Tata Sons was to make sure that Docomo gets the higher of either half the investment it made in Tata Teleservices, which is about $1.1 billion, or the stake’s fair market price, in case the operator’s performance fell short of targets agreed between the two shareholders, which it did.

London arbitration could go on for up to two years, Docomo estimates.

One alternative is to find a buyer for the stake. Vodafone has been viewed as a long-term suitor. Given the slow-moving nature of arbitration, this option might come back into play.