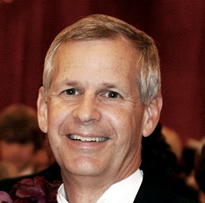 Dish Network, which earlier this year failed in an attempt to buy US operator Sprint, believes a purchase of rival T-Mobile US is possible.

Speaking on a conference call, Charlie Ergen (pictured), the satellite TV company’s chairman, said a purchase of T-Mobile US is still “on the table”. His comments were reported by Bloomberg.

However, Ergen also made clear that a T-Mobile US acquisition was only one of a number of options, which also include a partnership with a mobile operator.

The company is looking at various models for distributing its video content and has already built up a stash of spectrum for this purpose.

The satellite TV company lost out to SoftBank in a battle this summer to acquire Sprint.

“I don’t ever rule out anything,” said Ergen, on the subject of bidding for T-Mobile US. “I think acquiring a company, selling our company, merging, partnering — those are all on the table.”

In addition to its existing holdings, Dish is interested in buying more spectrum. It has bid to buy bankrupt Lightsquared’s radio frequencies for $2.2 billion. It also wants to be among bidders in a US government auction of frequencies in January 2014.

T-Mobile US also said it is interested in more spectrum, and plans to raise $1.8 billion to pay for it in a secondary offering. It could acquire the frequencies either from other parties or in the same government auction of so-called H-block frequencies at 1.9 GHz that is interesting Dish.