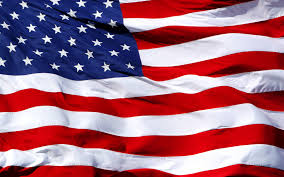 Dish Network said it plans to take part in next year’s US auction of 600MHz spectrum.

Reuters reports that Charlie Ergen, chairman of the satellite TV provider, met with FCC chairman Tom Wheeler and gave a clear commitment to “meaningfully participate” in the so-called ‘incentive auction’.

“The incentive auction offers opportunities for competitive providers and new entrants to bid on and win much-needed low-band spectrum, which will facilitate the deployment of mobile broadband services,” Dish SVP Jeffrey Blum wrote in a filing.

Under measures passed by FCC, up to 30MHz of 600MHz frequencies – currently held by US broadcasters – will be reserved for providers that hold less than one-third of available low-band spectrum (sub-1GHz) in a given licence area.

Ergen, Blum and other Dish representatives also underlined their intention to bid for AWS-3 spectrum, which is expected to be auctioned off in November.

In meetings with FCC – reports Reuters – Dish repeated its recent criticism of the proposed mergers between Comcast and Time Warner Cable, and between AT&T and DirecTV.

“The pending Comcast/Time Warner Cable merger presents serious competitive concerns for the broadband and video marketplaces and therefore should be denied,” Blum wrote.

Although Dish did not call for the rejection of the AT&T/DirecTV merger, it said the proposed tie-up also raised competitive concerns in the pay-TV and broadband markets.