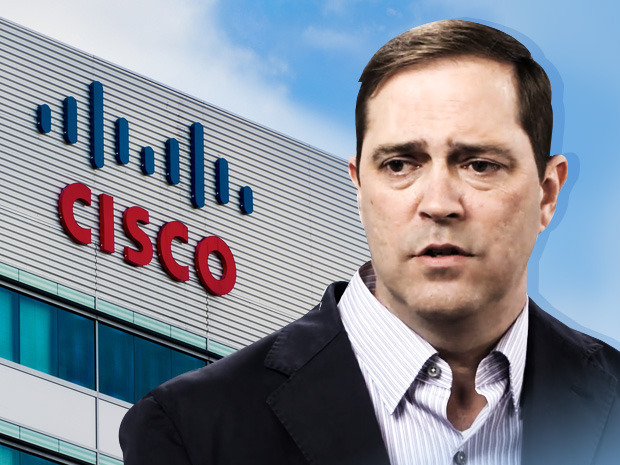 Networking giant Cisco said Chuck Robbins (pictured), who joined the company in 1997, will replace John Chambers as CEO on 26 July.

Chambers, who has been at the Cisco helm for 20 years, will become executive chairman and act as supervisor to his successor, as well as “engaging closely with customers and governments around the world”. He is to step down from the company in July 2016, the fiscal-year end for the US tech giant.

It is no surprise that Chambers, 65, is leaving the CEO role – Reuters reports that the US tech giant has been looking for a new CEO for the past 16 months – nor is it totally out of the blue that Robbins will fill his shoes.

Robbins, 49, who was recently senior vice president of worldwide operations, and led the global sales and partners team, was identified among 10 possible candidates for the CEO post as early as 2012, according to Bloomberg.

However, other internal candidates, such as CTO Padmasree Warrior and Rob Lloyd, president of development and sales, were seen by many as perhaps more likely successors.

Robbins said he would spend his first 90 days in the job talking with employees, the leadership team, customers and partners.

“We’re going to drive a level of operational rigor that’s maybe even a bit tougher than what you did, John,” Robbins said, quoted by Bloomberg. He added that he expected Internet of Things to be a strong growth driver.

Smooth transition?
“Chambers’ strength lay in his willingness to not only live with chaos but to embrace it in order to continually re-invent the company,” said Jennifer Clark, VP at 451 Research. “Will Robbins be able to continue this strategy or, with some challenging quarters in its recent past, will the company look to shift to a more conservative profile?”

Clark pointed out that Robbins was key to two of Cisco’s most important recent purchases in the critical areas of cloud (Meraki ) and cybersecurity (Sourcefire).

“We believe that Robbins is focused on not just maintaining Chambers’ momentum of the past 20 years, but accelerating it,” added Clark.

Chambers was fulsome in his praise for Robbins. “Our next CEO needs to thrive in a highly dynamic environment, to be capable of accelerating what is working very well for Cisco, and disrupting what needs to change,” he said. “Chuck is unique in his ability to translate vision and strategy into world-class execution, bringing together teams and ecosystems to drive results.”