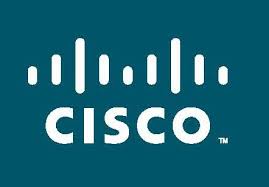 Cisco has boosted its presence in the hot area of network function virtualisation (NFV) with the $175 million acquisition of Sweden’s Tail-f Systems.

NFV has gained popularity with operators because it offers potential cost savings by implementing network functions in cloud-based software running on non-proprietary hardware.

It’s an area in which Cisco is already making ground – along with Alcatel-Lucent and NEC, the US vendor was recently involved in running NFV proof-of-concept trials for NTT Docomo.

But clearly Cisco believes it needs a boost in what could be a significant growth area for vendors.

“Our goal is to help to eliminate the bottleneck caused by operational complexity within the network,” said Hilton Romanski, SVP, Cisco corporate development.

Given its past M&A record, Cisco has had a quiet year. This is only its second acquisition following the purchase of US firm Threatgrid last month, pointed out Re/code.

This is a slowdown from last year when the US vendor bought ten companies. It acquired eleven companies in 2012, although only six in 2011 and five in 2010.

Upon completion of the acquisition, Tail-f employees will join Cisco’s cloud and virtualisation group led by Gee Rittenhouse, vice president and general manager.

Under the terms of the agreement, Cisco will pay $175 million in cash and retention-based incentives in exchange for all shares of Tail-f.

The deal is expected to be completed in the fourth quarter of 2014, subject to customary closing conditions.