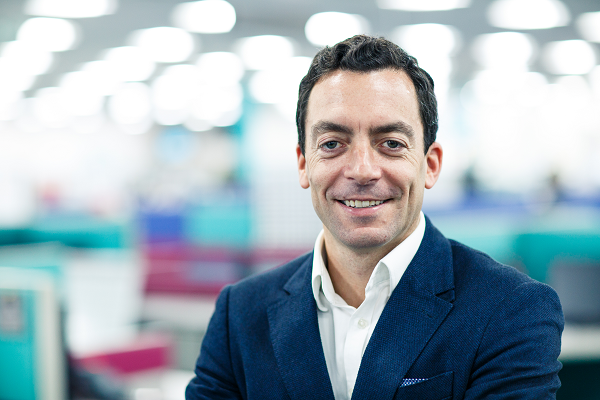 BT’s Consumer division – which incorporates EE – unveiled plans for what it hailed as the UK’s first completely converged network offering across broadband and mobile.

At an event to discuss its strategy, BT Consumer CEO Marc Allera (pictured) vowed to “change the face of networks in the UK” by bringing together fixed, Wi-Fi and broadband assets to offer seamless connectivity to customers.

This, he said, would initially be through new retail plan BT Plus.

The new tariff offers mobile and fixed on one bill, and includes a mobile backup should the consumer’s fixed broadband fail. At launch, fallback will be provided by boosting mobile allowances for the household: this requires customers to contact BT directly rather than being an automated process.

BT plans to eventually release a converged broadband router, which uses 4G to boost a weak home broadband connection during peak times or in the event of a problem. This device, the company added, was still at the prototype stage.

By 2022, BT aims to have completed its fully convergent core network.

New direction, same brands
Its convergence vision was unveiled among a slew of other announcements made a week after parent BT Group announced massive job cuts and CEO Gavin Patterson outlined a new direction for the business.

Other revelations at the BT Consumer launch event included: the launch of a smart home system, including sales of devices from major manufacturers; updated family plans; and the expansion of BT broadband sales inside EE retail stores, leaving each outlet able to sell BT broadband and mobile, low-cost brand PlusNet, and EE mobile and broadband services.

“We want to change the way people think and feel about the BT brand,” Allera said. “We’ve already brought our team together and now we’re bringing our network together.”

Analyst view
Following the event, CCS Insight VP, multiplay and media, Paolo Pescatore said: “This update provides a much needed boost to the BT Group, given the widespread negative publicity it has endured in recent months. More importantly the new structure and strategy provides better clarity on the future direction of the consumer segment which has been in limbo for some time.”

“Overall, there were few surprises with the strategy for the new Consumer unit. Consistent with the group strategy, the Consumer unit will continue with a multi-brand approach, heavily focused on convergence by exploiting BT Group’s vast network assets, to deliver new convergent products while focusing on customer retention,” he added.

Previous ArticleRCom hit by bankruptcy proceedings
Next ArticleBlog: Why is the UK lagging so badly on convergence?