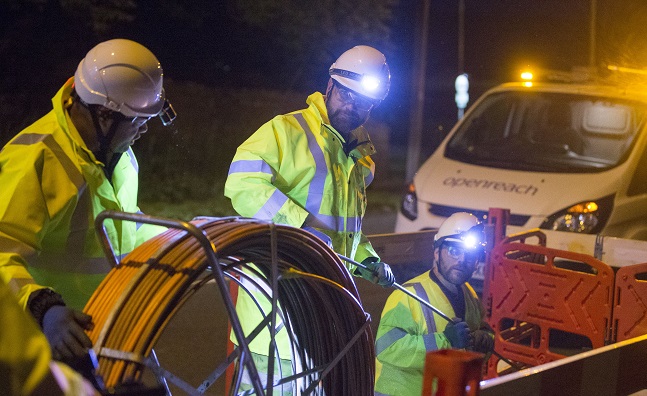 Financial Times stated investment bank Macquarie Group and a sovereign wealth fund are among the organisations to have held talks over the asset in the last three weeks.

A potential sale would help fund the UK’s huge ongoing fibre rollout project and provide a cash injection into BT, which just announced a new batch of cuts.

During its annual results statement last week, BT CEO Philip Jansen unveiled plans to slash £2 billion from annual costs within five years as part of its latest business transformation plan. It also cancelled the payment of any shareholder dividend until at least 2022.

Alongside cuts, BT is in the process of attempting to raise cash from asset sales. Since the start of the year, it has sold professional services software unit Tikit Group and agreed to divest some of its operations across 16 countries in Latin America. Talks are also underway to sell its unit in France.

Speculation on the future of Openreach is nothing new, with the company repelling a number of calls from regulators and investors to completely divest the business over recent years. Detractors at authorities cite benefits to competition, while some BT shareholders want to cash-in on the asset.

Following repeated requests from regulator Ofcom, BT agreed to legally separate Openreach in 2017 and completed the transfer of staff a year later alongside a rebrand. BT, however, maintained complete ownership of the business.