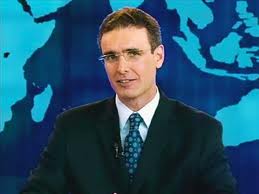 Brazilian operator Oi has unexpectedly dismissed its CEO, Francisco Valim (pictured), just 16 months into the role. He is replaced by the company’s chairman.

The country’s fourth largest mobile operator, which also runs Brazil’s largest fixed network, issued a statement about the management change but gave no insight into the thinking behind it.

The unexpected news had a negative impact on Oi’s share price.

The most likely reason for Valim’s departure is the company’s financial underperformance.  The company also published preliminary financial results for 2012 in what looks like a move to calm potential concern among investors.

Oi said consolidated net revenue from services was BRL27.5 billion ($13.4 billion) last year, which was below the target set for the year of BRL28.9 billion.

However, on other measures, the operator was only slightly shy of hitting its targets, pointed out the Wall Street Journal.

Ebitda for 2012 was BRL8.7 billion, which was just below the target of BRL8.8 billion. Meanwhile net debt for the year was BRL25 billion against the goal of BRL24.9 billion.

And Valim had some tough obstacles to overcome since he became CEO in September 2011, including the ongoing effects of the 2008 acquisition of rival Brazil Telecom as well as a share swap with Portugal Telecom.

Plus, Oi has had to contend with a slowdown in the country’s economy which hit subscription growth.

His successor is Oi’s chairman, Jose Carneiro da Cunha, although this is thought to be a temporary appointment ahead of finding a full-time replacement for Valim.

Final results for 2012 will be published on February 18.

Previous ArticleMotorola fortunes “variable for quite a while” – Google
Next ArticleThe future of mobility: your sofa