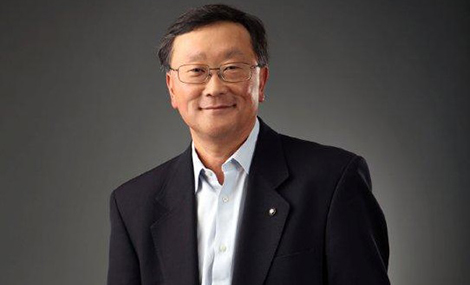 BlackBerry could make an exit from the handset market in a year if it continues to struggle to turn a profit in the space.

CEO John Chen made the revelation as he showed off the company’s first Android powered device, Priv, announced last month, at the Code/Mobile event in California.

Indeed, the Canadian-based company is banking heavily on its newest flagship device to lead the turnaround, with Chen telling The Verge it is targeting five million smartphone sales a year to stay in the handset space.

It will however be hard pressed to achieve such figures.

In what was another disappointing recent quarter for the company, the company said it sold 800,000 BlackBerry devices, while seeing a 47 per cent fall in Q2 fiscal revenue.

Chen has said in the past the company would consider exiting the handset business, as it pivots towards a software and enterprise focus, but until now has never indicated a timeline for such a move.

Chen said he “never says never” to shutting down the device business, adding that it would assess the “business case” before deciding on making any subsequent devices after Priv.

“I’m in the handset business because I believe there’s value added and a market that is underserved,” he said.

Addressing the company’s decision to adopt Android on its latest flagship device, Chen said BlackBerry was “taking advantage of what the industry can offer, but not wandering off from our core strength.”

He said the company also remained committed to supporting two operating systems, including its own BlackBerry 10, for now. But the market may not see another BB powered device again, with Chen suggesting it could drop the operating system in a year or two.