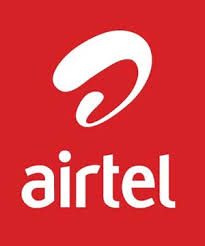 Bharti Airtel sold part of its stake in tower company Bharti Infratel, raising INR21.4 billion ($349 million) which will be used to pay down debt.

India’s largest mobile operator sold a 4.5 per cent share in Bharti Infratel to comply with a regulation that requires listed companies to have a minimum of 25 per cent public shareholding, according toThe Economic Times.

The sale of the stake brings Airtel’s holding in the tower company down to 74.86 per cent, enabling Infratel to meet a requirement that its main backer holds 75 per cent or less within three years of  going public. It first listed in December 2012.

Airtel sold 85 million shares to investors from “the US, Asia, Europe and India”, according to a statement by group treasurer Harjeet Kohlim, who added that this made it the largest offer for sale from the Indian private sector.

At the end of June, Bharti Airtel revealed a net debt of $9.6 million. It recently agreed to sell around a fifth of its 15,000 towers in Africa and sources suggest it is in the process of selling the rest of its African tower assets to a group of investors.

Bharti Infratel has more than 35,000 towers across 18 states and 11 telecom circles. The company also has a 42 per cent stake in Indus Towers, which is a joint venture with Vodafone India and Aditya Birla Telecom.