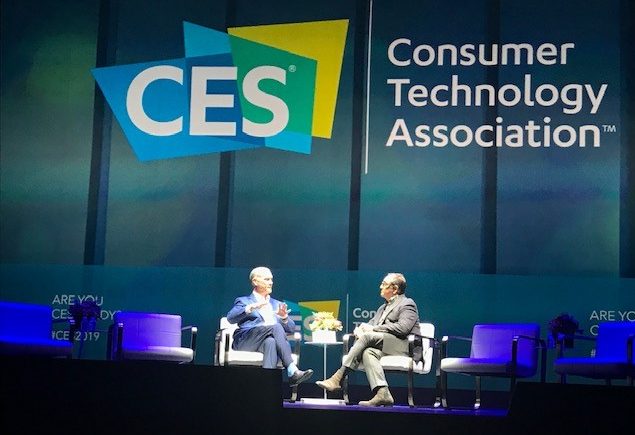 “Every company is guilty of building a narrative of how you want the world to work, and I love the fact that we broke our industry’s narrative two days ago and they’re frustrated and going to do what they’re going to do,” he said in a keynote address, adding being the source of rivals’ angst “makes me smile.”

The comments came after AT&T decided to update Android devices on its network to show a 5GE logo when users are connected to the operator’s LTE-Advanced service, which it calls 5G Evolution. The change sparked outrage from all of the operator’s tier-1 rivals, which complained the change was misleading.

But Donovan insisted the move wasn’t made without consideration: “We did customer research, and they were very not only amenable but interested in learning when they were on that network experience”.

Taking care of business
Donovan acknowledged AT&T’s 5G network, which launched in parts of 12 markets in December 2018, is still in its infancy, offering users access in only a handful of the areas they may traverse in a given day.

He said it will take some time for the average consumer to feel the benefits of 5G, but added AT&T is working on a number of projects which will be more immediately transformational for its enterprise customers. Those span segments including industrial IoT, virtual reality, entertainment and healthcare, he said.

“I think the things we’re talking about here are front burner compared to just simply being able to download a movie faster.”

In a statement, the operator said that in early 2020 it expects to have a nationwide mobile 5G footprint, as it adds sub-6GHz coverage to its mmWave footprint.