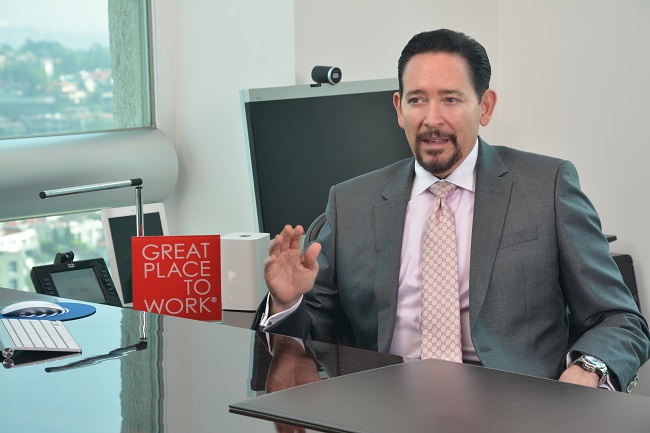 AT&T acquired smaller rivals Iusacell and Nextel for a combined $4.4 billion at the start of last year, pouncing on the reforms by regulator IFT designed to promote more competition, and then pledged to invest $3 billion on its LTE network, as it aims to hone in on its goal to be the country’s number one carrier in ten years.

America Movil, however, has shown little sign of weakening, still holding a 68 per cent market share, with AT&T lagging behind significantly at 8.1 per cent (Telefonica is second with 23 per cent).

This is despite the 2013 reforms threatening penalties against the market leader if it did not reduce its market share to below 50 per cent.

Arroyo, speaking to Mobile World Live as part of our CEO Spotlight series, maintains faith in the regulator’s ability to reduce America Movil’s dominance, as the reforms undergo a biannual review, which is “an opportunity to strengthen them, and accelerate this change”.

“We would not have invested in Mexico without these regulatory reforms and the creation of IFT as an independent entity with the autonomy, power and tools to ultimately reinforce these reforms,” he said.

“We continue to believe there is great potential here in Mexico. Our goal is a true, dynamic and competitive marketplace over the long term. Unlike past efforts, the IFT has a historic opportunity to ensure the reforms have a lasting effect.”

In the interview, Arroyo revealed further acquisitions were not currently on the radar for the company, and offered his views on even more competition entering the Mexican marketplace.