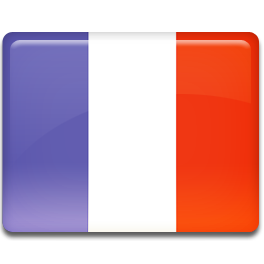 France’s communications regulator, Arcep, published details of a public consultation on “spectrum for superfast mobile”, which included an update on the availability of 700MHz spectrum for operators in the country.

In a briefing document, it said that assigning 700MHz frequencies has become “particularly important to achieving widespread and high-quality coverage for superfast mobile systems in the short and medium term and, further down the road, to enabling future innovations”.

But there were caveats, including that the 700MHz band could not be associated with a new service that is subject to a nationwide rollout commitment, as was the case with 800MHz and the introduction of 4G. And 700MHz allocations cannot also be aggregated with existing 800MHz licences, to create wider bands.

Also addressed was the issue of “asymmetry” in the allocation of existing sub-1GHz bands, which sees Free Mobile with just 5MHz of frequencies, compared with 20MHz for Orange and SFR, and 19.8MHz for Bouygues Telecom.

While Free considers it vital that it is allocated 700MHz spectrum, Orange, SFR and Bouygues argue that Free had the opportunity to acquire 800MHz frequencies in the past which it did not take-up.

The regulator said that “in tandem with the government”, it will now finalise its draft of the call for applications that will make it possible to allocate the frequencies; the target is to issue the call in July 2015.

The consultation also highlighted some other opportunities. Arcep said that the “L”-band (1452-1492MHz) “appears to be the most attractive option”. Using it in “Supplemental DownLink” mode could help address short-term needs, added to which “it appears that compatible equipment could be available by 2016”.

And interest was also expressed in the 3.5GHz band, pointing to use for mobile services in urban areas and fixed wireless access in rural areas. Due to the potential “development of a large LTE ecosystem in TDD mode”, devices could be available by next year, meaning the band could be allocated “in the short or medium term”.