Apple steps up on enterprise with SAP partnership 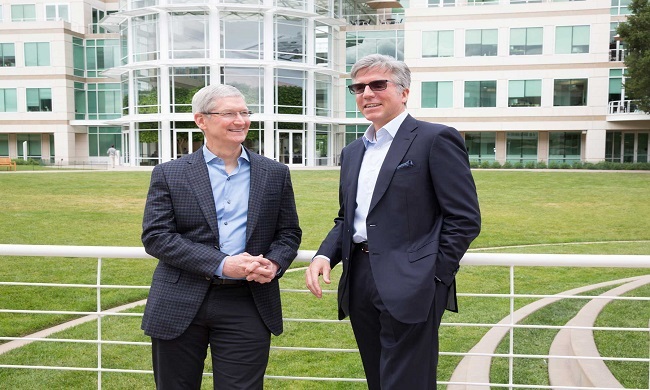 Apple struck a partnership with software firm SAP to develop business apps for its iPhones and iPads, as the consumer electronics company continues its push towards enterprise solutions.

The joint effort will see the development of apps integrated with SAP’s HANA database platform, and the delivery of an iOS software development kit (SDK) and training tools for developers, partners and customers to build apps.

In the past two years, Apple has struck similar agreements with Cisco and IBM to bolster its credentials in the enterprise markets. Products such as iPad Pro are also targeted squarely at high-end users.

SAP’s business software is apparently used by 87 per cent of the 2,000 biggest companies in the world, and the partnership is seen as building on Apple CEO Tim Cook’s wider ambitions to sell more iPhones and iPads to large scale businesses.

Last month, the company also reported a sharp decline in iPhone sales, while iPad sales also continue to slide, as it experienced its first revenue decline in 13 years.

In a statement, Cook said SAP was the “ideal partner” to help Apple “transform how businesses around the world are run on iPhone and iPad”.

“Through the new SDK, we’re empowering SAP’s more than 2.5 million developers to build powerful native apps that fully leverage SAP HANA cloud platform and tap into incredible capabilities that only iOS can deliver.”

The SAP HANA Cloud Platform SDK will be exclusive for iOS, added Apple, while the applications planned will provide access to core data and business process running via HANA.

There will be no revenue sharing as part of the deal, reports The Wall Street Journal, and the SDK will begin rolling out before the end of the year.