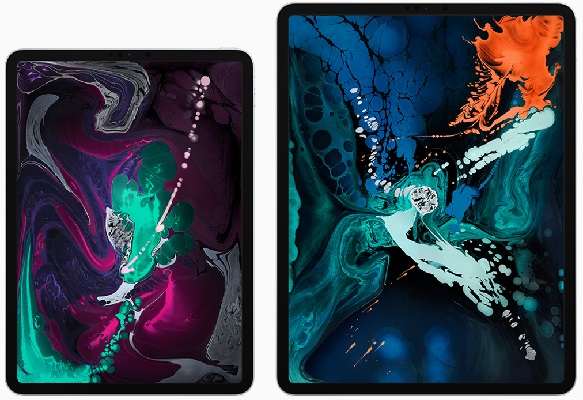 The new iPad Pro comes in two screen sizes: a new 11-inch option and a 12.9-inch edition. Apple packed the 11-inch screen into the same footprint as the old 10.5-inch model and slashed the dimensions of the 12.9-inch to fit in a smaller package. Both are slimmer at 5.9mm.

Apple upped the processing power from its A12X chip to deliver up to 35 per cent faster single-core performance and around 90 per cent faster processing of multi-core tasks compared to the previous iPad Pro. An enhanced seven-core GPU adds twice the graphics performance to enable better augmented reality and gaming experiences.

Configuration
As with the recently updated iPhone X range, Apple added a 7MP True Depth selfie camera to enable Face ID authentication. It ditched the classic home button in favour of gesture navigation from iOS 12, and also dropped the 3.5mm headphone jack: this is replaced by a new USB-C connector which allows the tablet to connect to monitors and charge other devices. 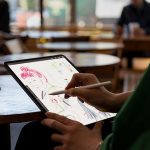 Alongside the new iPad, Apple debuted a revamped Pencil (pictured, right), which now attaches magnetically to the side of the iPad for both pairing and wireless charging. The stylus also features new touch controls allowing users to double tap the side to enter and exit apps. It is priced at $129.

Orders are now open and the devices are expected to go on sale in the US and 40 other countries on 7 November.