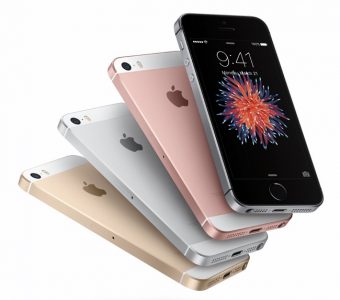 Apple unveiled the “most powerful 4-inch phone ever”, the iPhone SE, and a smaller version of the iPad Pro at an event at its headquarters in San Francisco today, regarded as attempts to kickstart upgrade cycles for the smartphone and tablet range.

iPhone SE
With a four inch display and aluminium casing similar to 2013’s iPhone 5S, the iPhone SE “takes a beloved iPhone design and reinvents it from the inside out”, said the company.

The phone, similar in design to the 5S device, has been built with power and performance very much in mind.

It includes a 64 bit A9 chip, the same as that integrated in the iPhone 6S and 6S Plus, and an M9 motion co-processor, claiming to deliver the same processing and graphics performance as the flagship phone launched last year.

It also comes equipped with a 12 megapixel camera, has the ability to capture 4K video and is integrated with Touch ID and Apple Pay. 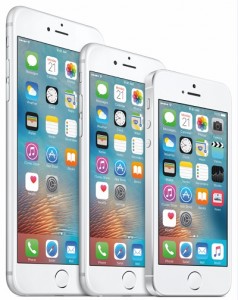 With a starting price of $399, the iPhone SE is the “most affordable price ever” for a new iPhone, and will become available for order on 24 March (with shipping starting 31 March).

“With the iPhone SE, Apple is choosing to aim at an underserved segment of consumers that prefer small screen smartphones and have been reluctant to upgrade,” noted analysts at IHS in a research note. “Importantly, Apple’s competitors have chosen not to target the premium compact smartphone market.”

iPad Pro
The new iPad Pro follows up from the 12.9 inch iPad launched last year, and sees the company return to the original size of the iPad. 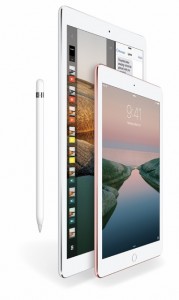 Speaking at the event, Apple’s SVP of Global Marketing, Phil Schiller, also claimed that the “majority of people coming to iPad Pro are Windows users; over 600 million PCs in use today are over five years old”.

And Schiller noted that Apple has sold more than 200 million iPads with a 9.7 inch screen, so clearly feels the new Pro model has a big market to target.

In size, it is 6.1mm thick, and will start in price at $599 for a 32GB Wi-Fi model. The company also introduced a new 256GB capacity version for both iPad Pro models.

“This is a move designed to boost upgrades, as it will be the first really meaningful change in what the 10 inch iPad can do in several years, but it’s also intended to spur new people to buy an iPad to replace or augment a laptop they may have used in the past,” remarked Jan Dawson, Chief Analyst, Jackdaw Research.

He continued: “It also raises the price of new 9.7 inch iPads by $100. That leaves questions about the role of the lower-end iPads in the lineup, including the aging iPad Air and the iPad Mini. If these never get upgraded or get upgraded less frequently it may signify that Apple is moving on from this part of the market, or at least sees it as less important going forward. This, in turn, may well further depress sales of iPads even as the new iPad is clearly intended to boost sales.”

Security
CEO Tim Cook opened up the much anticipated event with a strong message about the company’s continued row with the US government over privacy.

The company is refusing to provide private data to the FBI over a criminal incident in December, with the issue subject to a court order.

Cook said the company “never expected to be at odds with our own government”, and said it was time to define, as a government and nation, how much “data the government should have access to”.

“We believe we have a position to protect your data. We will not shrink from this responsibility,” he added.

iOS 9.3 and the rest
The company’s latest software update saw the unveiling of an innovative night mode, designed to reduce the amount of blue light emitted from iPhones and enable better sleep.

The night shift automatically detects when the sun has set, and moves to “warmer ends of spectrum” for light.

Other event updates included a dashboard for its Health app, which adds app suggestions to the dashboard, and a password protection for Notes. There has also been updates to Car Play, and its Maps capabilities.

The Apple Watch also saw the release of new bands, as well as a reduction in price, with the world’s best selling smartwatch now starting at $299.

On wider initiatives, the company introduced Liam, a robot which makes it easier for people to recycle components and parts of their old iPhone, and Carekit, a framework “to empower people to take more active care” of their lifestyles.

Cook’s first remarks at the event stated that there are now more than one billion Apple devices in use around the world, “more than we could ever have imagined.”