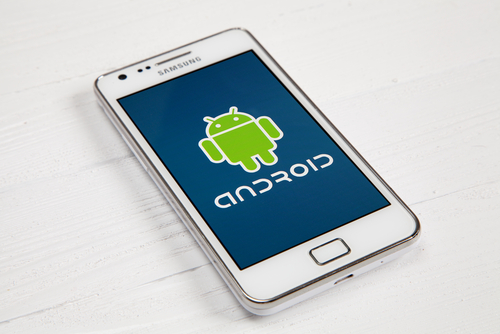 Android captured a record 88 per cent market share of global smartphone shipments in Q3 2016, which hit 375 million units, up 6 per cent year-on-year, the industry’s fastest growth rate for a year.

According to a Strategy Analytics report, Android boosted volume and market share (96 per cent) in Africa and the Middle East in particular, with the region’s highest growth rate (an increase of 14 per cent year-on-year) this quarter, mainly driven by rising local OEMs and microvendors.

Meanwhile, Apple smartphone shipments fell 5 per cent year-on-year globally to reach 46 million units. Lackluster performance in China and Africa, consumer fatigue, mixed demand for iPhone 7 and 7 Plus models as well as tougher competition from Samsung, Huawei, OPPO and other Android players were all factors.

Woody Oh, director at Strategy Analytics, said Android’s leadership in the market looks “unassailable” thanks to its low-cost services and user-friendly software.

However, the platform is getting overcrowded with hundreds of manufacturers, few Android device vendors making profits, and Google’s new Pixel range attacking its own hardware partners that made Android popular in the first place, he warned.

With Microsoft switching away from the smartphone hardware business, and less OEMs to join its camp, “we expect the Microsoft OS volume will keep falling to near zero in the following few quarters, before Microsoft launching the rumored Surface phone,” the study said.

The report also noted that BlackBerry and Microsoft Windows Phone have all but disappeared due to strategic shifts, while Tizen and other emerging platforms “softened as a result of limited product portfolios and modest developer support.”

Overall shipment growth
Modest smartphone regrowth is being supported by emerging markets with relatively low smartphone penetration across Asia, Africa and the Middle East, particularly countries such as India and South Africa.

Smartphone growth improved slightly due to firmer oil prices stabilising the global economy and several big new-device launches, as well as strong growth in selected markets, such as China, India and Africa, the report explained.

Global smartphone shipment growth was once again dependent on developing markets thanks to the rapid uptake of prepaid models, with Africa and the Middle East growing 14 per cent to become the key expanding region worldwide. Asia Pacific also posted nearly 11 per cent growth rate.