Xiaomi made its first foray into the smartwatch market, unveiling the Mi Watch, featuring a strikingly similar design to rival Apple’s offering in the segment.

Two versions of Mi Watch will be launched: an aluminium-bodied unit costing CNY1,299 ($185) and a stainless-steel version priced CNY1,999. Both will initially only be on sale in China, with the lower-priced version available on 11 November and the stainless-steel option from next month.

The Verge reported the devices will run on Xiaomi’s homegrown MIUI software, based on Google’s Wear OS. The watch features a 1.78-inch AMOLED display, 1GB of RAM and 8GB of storage, with two microphones for recording audio and making voice calls.

It is powered by Qualcomm’s Snapdragon Wear 3100 4G chipset. 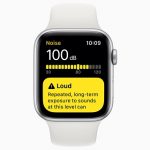 Several media outlets noted the similarities with the Apple Watch (pictured left), with Xiaomi’s new device also sporting a square body that includes a crown and a button.

Although Mi Watch is Xiaomi’s first smartwatch, it already competes in the wearables market with a range of low-price fitness bands which are popular across Asia.