Windows 10 Mobile heading for the door 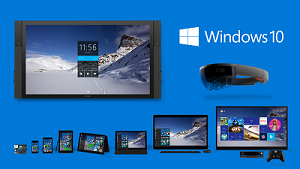 Comments from Microsoft executive Joe Belfiore all but confirmed the company’s Windows 10 Mobile platform is no more, hardly raising any eyebrows in the process.

Belfiore, corporate VP in Microsoft’s operating systems group, said via Twitter the company would continue to support the platform with bug fixes, security updates, and so on, but “building new features/[hardware] aren’t the focus”.

Addressing one of the key issues for the platform, he also noted “we have tried very hard” to drive app development on the platform, “paid money, wrote apps for them”, but the volume of users was too low for companies to invest.

The comments follow a report from The Register which said HP, one of a small band of companies offering Windows 10 Mobile devices, had decided not to continue its efforts in this market beyond its current offering because Microsoft is now “less focused on what they thought they would be focused on today”.

Nick Lazaridis, HP’s EMEA boss, said there were plans for “a number of products” following its Elite X3 device, but this is no longer the case.

The news is hardly surprising: in 2016, Microsoft said the Mobile version of Windows 10 was not a focus, and the company’s own-brand device efforts have also shifted away from mobile phones.

Surface uncertainty
After the end of is Lumia-brand line (following from Microsoft’s costly foray into smartphones with the Nokia Devices & Services acquisition), it had been suggested the company would offer a Surface-branded smartphone, but this now seems unlikely.

According to The Register, Steve Brazier, CEO of Canalys, pointed out Microsoft chief Satya Nadella is a “software guide, a cloud guy” and its hardware line is “choppy – there are good quarters and bad quarters”.

For some time now, Microsoft made its applications available across hardware platforms in order to give it the broadest reach, but this also removes any real need to use Windows-powered devices across-the-board.

While Surface has arguably been a useful tool in showcasing what new generations of Windows can do, Lumia devices did little to bring new customers to Windows-powered mobiles, and Microsoft was unable to drive the platform widely to third-party hardware makers.

As Belfiore observed, the lack of developer and ecosystem support for Windows, particularly in the mobile space, was detrimental to the platform, even where attempts have been made to build bridges both to desktop Windows and alternative mobile operating systems.