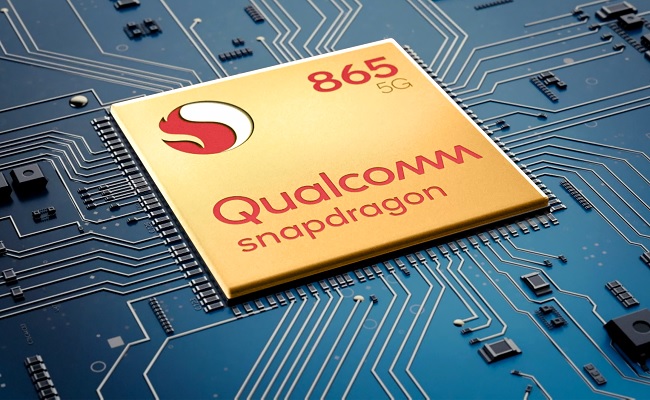 LIVE FROM QUALCOMM SNAPDRAGON TECH SUMMIT 2019, HAWAII: Qualcomm fleshed out the details of its latest Snapdragon 865 platform, revealing AI plays a leading role in delivering improved imaging and game capabilities, while noting it would offer similar functionality in its freshly announced Snapdragon 765 platform.

The vendor explained its latest platform features a fifth-generation AI engine capable of conducting 15 trillion operations per second; a new Hexagon 695 processor for improved AI performance; an Adreno 650 GPU which renders graphics 25 per cent faster than its Snapdragon 855; a Kyro 585 CPU offering a 25 per cent performance uplift; and download speeds of up to 7.5Gb/s.

Camera enhancements are handled by a new Spectra 480 image signal processor capable of processing 2 gigapixels per second, opening the potential for 200MP pictures and the ability to simultaneously capture 4K HDR video and 64MP images. Snapdragon 865 will also be the first to offer 8K and Dolby Vision HDR video capture, along with unlimited slow motion video recording. 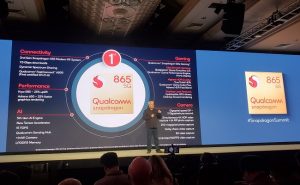 In a keynote, Qualcomm senior director of product management Judd Heape hailed the advancements as “the biggest update we’ve ever done to camera”.

New gaming features include compatibility with 144Hz displays for faster screen refresh rates and colour enhancements to make non-HDR games appear more vibrant. The platform will also bring other cinematic desktop features to mobile including shadow effects and motion blur, and for the first time on mobile will offer updatable GPU drivers to allow users to get the latest optimisations on their device.

Qualcomm said enhanced AI capabilities enabled improvements across the platform, adding the advancements will also allow for speech-to-text and language translation to be performed on the device rather than in the cloud.

A new Sensing Hub is also part of the Snapdragon 865 package, with low-power audio and camera systems working with multiple wake words and other contextual awareness features.

The platform is designed to work with Qualcomm’s Snapdragon X55 5G modem.

Devices based on the new platforms are expected to be commercially available in Q1 2020.

Qualcomm paid for travel to this conference. This article reflects honest reporting on the event.