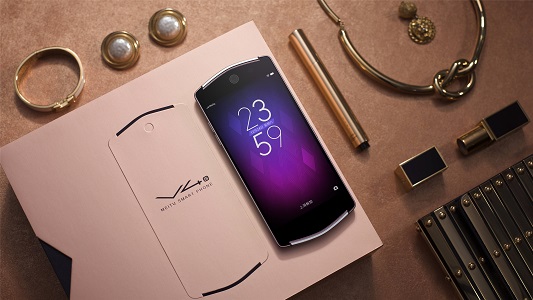 Imaging app company Meitu announced Xiaomi will be driving the Meitu-branded smartphone business in future, stating it is in its interests to work with a partner with “the scale and reach” of Xiaomi.

In a statement, Meitu said that since the launch of its first smartphone in 2013, it had sold around 3.5 million devices featuring its “proprietary image technologies and beautification algorithms”. But, while stating it is “very proud of this achievement considering the small team size we have for this business”, in future it needs a partner to “significantly accelerate our pace in realising the vision of putting our smartphones in the hands of tens of millions, or even hundreds of millions of users”.

The company, which is well known for its selfie apps, suffered shrinking smartphone volumes as it reduced device launch numbers: in 2018 it introduced one model compared with five in 2017. ASPs have also suffered.

While its Internet business continued to increase gross profit, this was not enough to offset the decline in smartphones, leading it to red ink at the bottom line.

The deal
Xiaomi now has an exclusive global licence for the Meitu brand, and a global licence covering some technologies and domain names for future Meitu-branded smartphones (other than the current V7 model).

It will be responsible for the design; R&D; production; business operation; sales and marketing of what was described as the “cooperation smartphones”, with Meitu responsible for image-related algorithms and technologies for device cameras.

Once smartphones sales have reached a specified level, Meitu will be entitled to a 10 per cent gross profit share, up to a defined limit. Xiaomi then has the option to extend the deal, in return for a royalty on smartphones sold (with a minimum guarantee of $10 million).

In a statement, Xiaomi said: “Through this strategic partnership, Meitu’s image-related algorithms and technologies can help us to provide better photographic experiences to our users. At the same time, the strength of Meitu’s brand among females can also help us continue to expand and diversify our user base.”