The news agency stated the first deliveries of the devices to Chinese consumers will take place on 15 November, with prices starting at CNY16,999 ($2,406). A company representative told Reuters plans to extend availability to other global markets are still being reviewed. 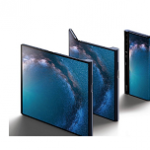 Huawei initially targeted a mid-year launch for the foldable, but postponed the move while it worked on improvements to the flexible display. A launch in September also fell by the wayside.

It remains to be seen whether the Mate X will come with the full suite of Google services, after Huawei’s access to these was impacted by a US trade ban. Last month, it unveiled its Mate 30 flagship, its first device lacking access to key services from the Android creator.

The Chinese vendor announced on Twitter it had sold more than 200 million smartphones to date in 2019, achieving the feat two months faster than in 2018.

Subscribe to our daily newsletter Back
Previous ArticleInterview: 4YFN at MWC19 LA
Next ArticlePartner Interview: ServiceNow