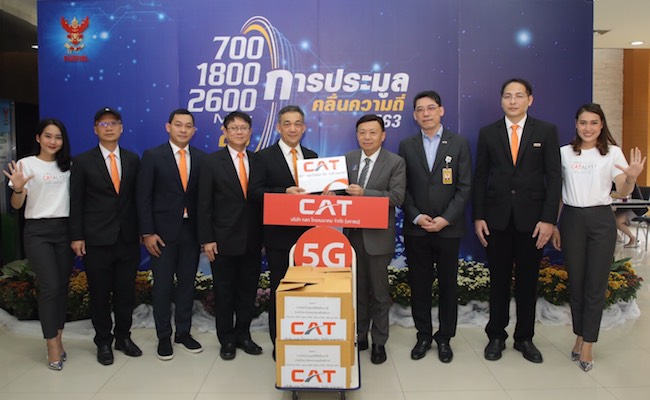 The three major private mobile operators in Thailand along with state-owned TOT and CAT Telecom confirmed plans to participate in a spectrum auction scheduled to start on 16 February, ending uncertainty around the process.

CAT Telecom president Sanpachai Huvanandana (pictured, left of centre) handed its application to NBTC officials. TOT announced it would apply by the deadline, but had yet to issue a formal statement by the close of business hours.

The government recently approved participation by the country’s two state-owned operators in the sale of spectrum in the 700MHz, 1800MHz, 2600MHz and 26GHz bands, spurring the regulator to raise its forecast for the auction to THB64 billion ($2.1 billion).

An announcement on qualified bidders is due from the NBTC on 12 February.

Network rollouts are expected to begin in March.