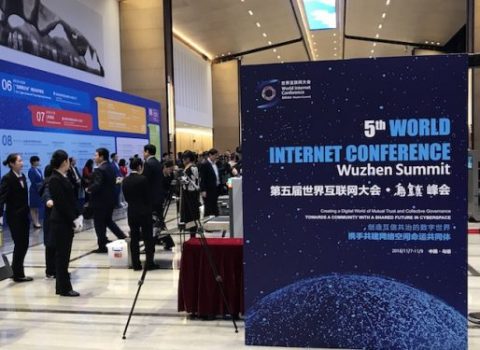 LIVE FROM WORLD INTERNET CONFERENCE, WUZHEN, CHINA: Pony Ma, chairman and CEO of Tencent, called on internet companies to stop standing on the sidelines and become problem solvers to address challenges in cyberspace.

Following increased attention on data privacy, security and child protection issues, he insisted companies must take responsibility and can no longer be “innocent bystanders” watching from the side.

“We need to build a community with a shared future, for all global citizens, and work together as the internet moves into uncharted areas which need to be explored.”

Charles Chao, chairman and CEO of technology company SINA, agreed, noting governments around the world are trying to figure out how to address these problems on a global basis and the private sector must support those efforts.

“We need government and media to work together. And internet companies should be more mindful of their social responsibility to fight things like fake news,” Chao said.

More cooperation
Huang Kunming, head of the Communist Party of China’s publicity department, said China has 800 million internet users and is ready to play a role as a responsible member of the global network governance system to build a safe internet based on mutual trust.

With cyberattacks increasing, he said it’s vital countries put aside differences to guard against the threats by working together and deepening cybersecurity efforts. He explained all countries must respect each other’s network sovereignty and accept different development paths.

Shaukat Aziz, a former prime minister of Pakistan, said digital technologies are disrupting industries and the lives of all citizen across the world, but encouraged everyone to move away from thinking this is disruptive in favour of viewing it as constructive.

He said the world needs strategic, far-sighted, leadership to effectively guide citizens through this era of significant change.